Three countries rise but two register falls in an up-and-down year for the Nordics. 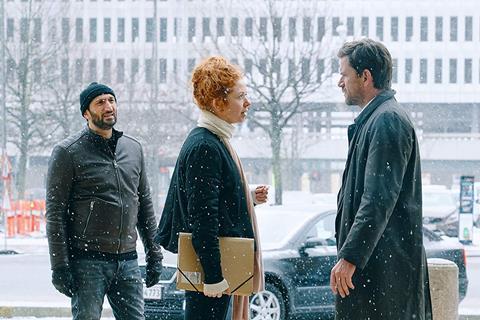 ‘The Purity Of Vengeance’

Denmark has had a strong year for local films, led by Christoffer Boe’s The Purity Of Vengeance (also known as Journal 64), the Nordisk Film release that has already broken records as the highest-ever grossing local film in Danish cinemas and will remain on release until at least January 2019.

The film is the fourth and final feature that Zentropa has produced based on the bestselling Department Q series of novels, about two mismatched detectives solving cold cases; it has earned $10.1m (dkk66.4m) as of December 2. The other Department Q films also performed strongly at the box office, with the previous record holder being the second in the series, The Absent One in 2014.

The Purity Of Vengeance tops the annual chart as of mid-December, with two further Danish films in the top five: Bille August’s historical epic A Fortunate Man and Ole Bornedal’s John Mogensen biopic The Way To Mandalay. The strongest Hollywood performer in second place at the box office is Avengers: Infinity War. Admissions as of November 25 were up 5% year-on-year, and the Danish market share was at 27% compared with 22% in 2017.

Admissions in Finland through November 18 were down 5.6% compared with the same period last year, when The Unknown Soldier, one of the biggest Finnish films ever produced, was a record-setting release in the centenary year of Finland’s independence. Local market share, without a film to match The Unknown Soldier this year, dropped to 22.1% as of November 18 — which compares with 27.4% for the full year of 2017.

The biggest local film — number two in the overall chart behind Mamma Mia! Here We Go Again — was a hard-hitting look at teenage drug abuse, Let Me Fall. Sena Films released Baldvin Z’s drama, which launched internationally at Toronto, and it performed well given the dark subject matter — 50,692 admissions as of December 2 (about one sixth of the country’s population). That equates to the highest admissions for any local film in the past six years.

In a summer of football fever, when Iceland qualified for the FIFA World Cup for the first time, football-themed family film The Falcons hit number seven at the overall box office, besting the likes of Deadpool 2 and Mission: Impossible — Fallout. Narrowly missing out on the top 10 was Ploey — You Never Fly Alone, spearheaded by Icelandic animation studio GunHil and animated in Reykjavik as well as Antwerp.

Box-office receipts are up 14% compared with the same period last year — partly due to a VAT increase from 10% in 2017 to 12% this year. Still, admissions also increased 7% and market share for local films is a record 27%.

Local films were led by The Quake, which is at 582,309 admissions as of December 2. The disaster film was made by Fantefilm, veterans of 2015 hit The Wave. The other top local films were Harald Zwart’s historical drama The 12th Man (which opened Christmas Day 2017); Louis & Luca — Mission To The Moon, the third film in the kids’ franchise; home renovation comedy Opportunity Knocks; and Erik Poppe’s drama about the Utoya massacre, Utoya — July 22. Nordisk released all five of these films. The Quake landed at number two in the overall box office, behind only Mamma Mia! Here We Go Again.

The overall box office is led by Mamma Mia! Here We Go Again (not a surprise given ABBA’s local heritage) on 968,066 admissions with the best Swedish performer, A Moon Of My Own (also known as Ted — Show Me Love), clocking up 354,411 admissions in 10th place overall, as of December 2.

Solsidan, a film spinoff of a popular TV comedy, was launched in 2017 and continued its success in 2018 for a total of 387,000 admissions, and 313,000 for the 2018 period. Other strong local films included The Cake General, JerryMaya’s Detective Agency — The First Mystery, Monky, Becoming Astrid and surprise low-budget genre hit The Unthinkable.