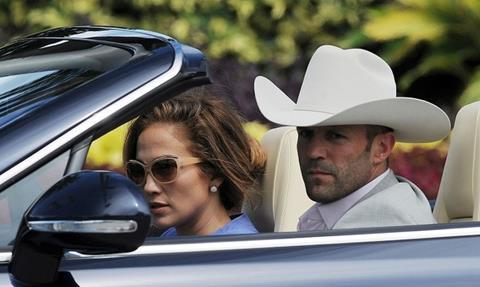 Statham’s strong silent persona, which sometimes works well in cartoonish action outings like the Transporter series, lacks the dimension to hold up this more naturalistic story.

US distributor Film District will have to hope that older (by the standards of the star’s core following) male and female moviegoers come out in enough numbers to justify the film’s wide Stateside release this weekend. Given Statham’s popularity outside the US the results might be better when the film rolls out internationally, through independent distributors, between now and April.

The script by Hitchcock writer John J McLaughlin is based on Flashfire, the 1997 book by Westlake (using nom de plum Richard Stark) that picked up from the 1962-74 noir novel series following the exploits of a ruthless career criminal (earlier screen adaptations from the series have included Point Blank and Payback).

Statham’s Parker starts off in league with a gang that pulls a big heist at a state fair. But when the gang withholds his share of the loot, Parker tracks them to glitzy Palm Beach and plots his revenge. He’s helped by Leslie (Lopez, last seen in rom-com What to Expect When You’re Expecting), an attractive but down-on-her-luck estate agent.

A second set-piece robbery concludes the story and in between there are a few bloody but not terribly exciting fights. Too much of the time, though, the film, a rare genre outing for director Taylor Hackford, offers only sketchy characters, cliched dialogue and uninvolving performances.

Statham’s strong silent persona, which sometimes works well in cartoonish action outings like the Transporter series, lacks the dimension to hold up this more naturalistic story. Lopez, who only enters in the second act, adds a bit of low key charm but there’s no chemistry between her and Statham.

The supporting cast - often more interesting than the stars - includes Nick Nolte, Michael Chiklis (from TV’s The Shield), Wendell Pierce (from The Wire) and Australia’s Emma Booth (The Boys Are Back).