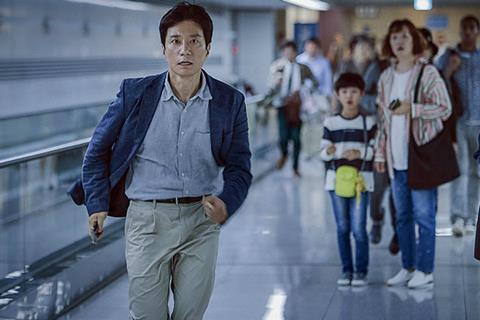 A celebrated doctor returning from a high profile meeting with the UN encounters a traffic accident on the way to meet his daughter; to his horror, he realises that she is one of the victims of the crash. Then his life rewinds and he lives the day again, and again, each time trying to alter the inevitable chain of events which leads to his daughter’s death. This ambitiously high concept thriller has a baffling timeline but, thanks to deft editing, it more or less manages to keep all of its juggled story elements in the air.

Although the sheer intensity of the premise is a little exhausting, this is a tightly plotted conundrum of a movie which allows its audience barely a moment to catch breath. It arrives in Macau already part way through a successful festival run and, going forward, the knotty maze of plotting may catch the attention of adventurous arthouse distributors. Interest in English language remake rights is not out of the question.

Comparisons between this picture and both Groundhog Day and Edge Of Tomorrow will be inevitable; there is also a touch of Final Destination-style predetermination to the plot. But mainly, A Day is its own distinct entity – a slightly overwrought but propulsive head-scratcher which gradually shows its hand to the audience.

After several repetitions of the desperate crosstown dash in which Dr Kim (Myung-min Kim) attempts to bend the course of fate, we start to wonder how the film can possibly sustain itself for the full running time. It’s at this point that a fresh character is introduced. Min-chul (Yo-han Byeon) is the ambulance driver who arrives at the scene of the accident shortly after Dr Kim. He has his own vested interest in the outcome of the crash – his wife is killed in the taxi which crashes into Dr Kim’s daughter. The two men realise that time is repeating for both of them. If they work together, there is a chance that they will be able to save the lives of both of their loved ones.

A mysterious call to Dr Kim’s phone is the first hint that we get that he and Min-chul are not alone in reliving the events which lead up to the crash. There is another player in this story whose own tragedy, three years before, is the connection which ties all three together.

The action sequences – and there are almost as many permutations of taxi wipe out as there are repetitions – are directed with verve. And the editing is largely successful in exerting logic onto the increasingly confusing blend of flashback and endlessly repeating present day.

What doesn’t work as well is an emphatic and overbearing score which rather batters the audience around the head in its quest to up the tension. Equally, some of the acting is pitched at the strident end of the spectrum. Still, the themes of revenge versus forgiveness and anger versus empathy are thoroughly explored by the time the day has replayed for its final time.