'All I Can Say': Tribeca Review 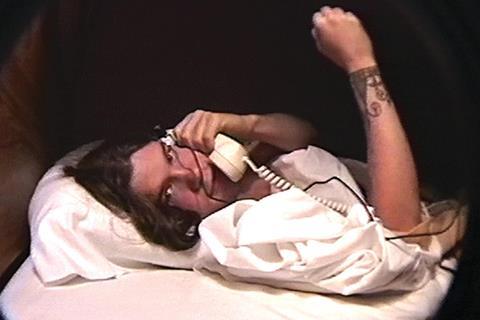 As the singer for alt rock band Blind Melon, Shannon Hoon sang for tens of thousands of fans and appeared on magazine covers and TV shows that reached millions more. He had bandmates he genuinely liked, parents he loved, a long-patient girlfriend he gently teased and, eventually, a baby girl he adored. And yet, surrounded by people, Shannon Hoon was still alone.

A rare close-up look at a far-too-familiar story

And so he turned his new video camera into a best friend, confidante, and chronicler, using it to document his life for five years, from 1990 to 1995 – until the unexpected end of his life. Now All I Can Say takes those tapes and edits them into a genuine video diary of a rock star. Premiering at Tribeca, it’s guaranteed to become a must-see for fans of the band, or anyone interested in `90s music, and would make a fine addition to any boxed set of the group’s work. But wider audiences – apart from morbidly curious gawkers interested in the rise and fall of a 28-year-old man – may find its relentless self-chronicling more easily resistible.

Like another Tribeca offering this year, Recorder: The Marion Stokes Project, the film is a tribute to the editors’ art. Its four co-directors went through hours of previously shot footage, then one, Taryn Gould, labored to assemble it into a straightforward, smoothly transitioning narrative. The result is a rare close-up look at a far-too-familiar story – small-town boy with rock-star dreams finds fast success with a hit single, quickly followed by business pressures, mood swings and hard drugs. The sad ending is so predictable even Hoon seems to feel it coming, as his video diary starts to make time for TV coverage of Kurt Cobain’s suicide and Jerry Garcia’s death.

In a way, the film is its own genre – the found-footage documentary. There are no interviews with other people, no self-described experts. Just Hoon, who – adding to the film’s melancholy sense of waste – comes across as an unspoiled, charismatic and mostly amiable young man. Not a bad videographer, either. Although most of his footage is squarely out of the herky-jerky home-movie camp, the more he shoots the more he develops an eye for strangely lonely seascapes and gloomy sunsets. At one point he talks about maybe making films one day. It’s another painful instance of what-might-have-been.

But then much of this is painful, as you see an unsophisticated country boy dealing with situations no one prepared him for. Unctuous industry executives call with the latest sales reports, and insistent demands for new material. Reporters ask the same dully pointless questions, or pose rudely aggressive ones. One journalist confides that his 13-year-old thinks the band is a one-hit wonder; say, what does Hoon think about that? (Hoon, politely, says he doesn’t really think about it at all.) Meanwhile, temptations await – ones that the perpetually substance-battling Hoon regularly gives in to, even as increasingly worried messages from his girlfriend pile up on his answering machine.

Diaries are almost by definition egotistical, yet All I Can Say can get particularly, annoyingly self-involved. Did we need to see so many pictures of Hoon’s dirty bare feet, or closeups of him brushing his teeth? Probably not. A long unbroken shot of him using a urinal? Definitely not. These scenes play like the wow-dude discoveries of a slack-jawed stoner, and including them adds nothing to the film but time.

But then there are flashes of uncensored insight – like the hurt feelings that bubble up when Rolling Stone decides they only want to put Hoon on the cover, not the band. (Hoon refuses; the magazine backs down). Glimpses of the rock-star-as-fan, as Hoon geeks out over opening for childhood heroes like Neil Young. Fascinating, no-filter footage of the group working out melodies, or shooting the music video for their smash hit “No Rain.” And just the fun of watching a young band slowly discovering their own sound – songs which have already lasted longer on earth than their singer did.