'All I Wish': Review 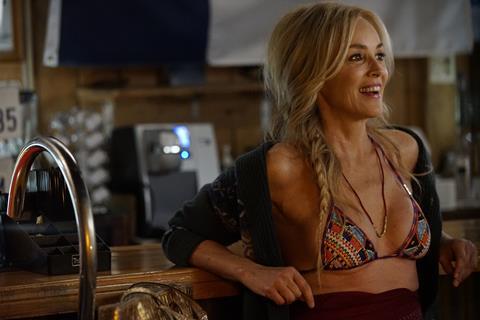 Mild-mannered, soft-centred and decidedly old-fashioned, All I Wish feels more like cosy television matinee fare rather than a viable theatrical release. A game Sharon Stone and a solidly reliable Tony Goldwyn might just attract a nostalgic older demographic constantly cited as underserved by modern cinema.

All I Wish offers a combination of mid-life crisis and conventional romantic comedy but never feels entirely coherent or believable.

Previously entitled A Little Something For Your Birthday, All I Wish marks an inoffensive debut from writer/director Susan Walter following extensive credits as an assistant director. It begins on the 46th birthday of Senna Berges (Stone), a grown woman who approaches the world with the giddy delight of a kooky adolescent. Described as the “Picasso of design”, she is still rocking the kind of look that Madonna sported in Desperately Seeking Susan. All biker jackets and feather boas, she has a lust for life, a determination to make her mark as a designer, no trouble in attracting hot young guys and no intention of ever getting married.

Her birthday begins with the traditional dawn call from her mother (Ellen Burstyn) and the less welcome news that she has been fired from her job as a buyer for a fashion boutique. The day also brings her first encounter in typical “meet cute” romcom fashion with Boston lawyer Adam (Goldwyn) who has just moved to California. Chatting in a bar, unaware that she is his blind date for the evening, his unguarded comments manage to destroy any positive first impressions that might have been made.

The film revisits Senna on a succession of subsequent birthdays, creating a repetitive, tiresome structure that worked so much more effectively in Bernard Slade’s 1970s Broadway hit Same Time, Next Year which starred Ellen Burstyn. Over the six years that propel Senna into her 50s we are given a birthday snapshot of her professional fortunes, the relationship with her mother and the on/off romance with Adam who might just be the soulmate she has been waiting for all her life.

All I Wish offers a combination of mid-life crisis and conventional romantic comedy but never feels entirely coherent or believable. The bantering dialogue lacks punch, the slapstick is laboured and nothing seems to bear much of a resemblance to real life. There is no reason to believe in Senna’s amazing skills as a designer or why she might become a world class talent.

Just when Senna seems to have found her happy ever after, the screenplay contrives to place yet another obstacle in her path or provide a reason for one of the parties involved to feel insulted, uncertain or determined to walk away. More distracting is a number of straight-to-camera monologues sprinkled throughout in which characters are filmed against a black background and provide a series of confessions or testimonials.

The film almost works as a love letter to a seemingly ageless, bikini-clad Stone who invests her character with endless energy and enthusiasm. If she is engaged in a losing battle with the lack of originality or spark in the material, then nobody seems to have told her.