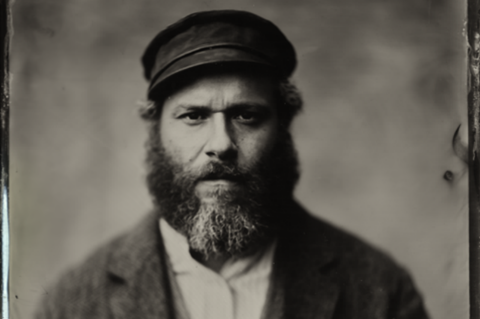 A gentle comedy about the American Dream, immigration and the fraught bonds of family, An American Pickle is buoyed by a duo of performances from Seth Rogen in a somewhat unsteady mixture of satire and sentiment. Telling the quirky story of a hardscrabble Jewish man who, because of a freak accident in 1919, wakes up 100 years in the future to meet his wimpy adult great-grandson, director Brandon Trost’s feature debut is best when the two Rogens simply play off each other. The sliver of a plot sees An American Pickle stumble in its attempt to be a timely commentary, although its emotional underpinnings give the film a modest charm to relish.

Scheduled for theatrical release in the UK on August 5, followed by streaming in the US the next day through HBO Max, the film will appeal to Rogen’s fans, although this isn’t nearly as raunchy or profane as his recent hit comedies This Is The End and Sausage Party. Affectionate reviews should help build awareness in a hungry marketplace, and An American Pickle’s vague stabs at the zeitgeist — including jokes about social media and cancel culture — might give this fish-out-of-water comedy extra resonance.

An American Pickle opens a century ago in Schlupsk, a dreary Eastern European country and home to Herschel (Rogen), a poor, melancholy Jewish ditch-digger. He marries the beautiful Sarah (Sarah Snook), promising to take her to America where they can find greater opportunities, but tragedy awaits. Shortly after their arrival in New York, Herschel accidentally tumbles into one of the brining vats at a pickle factory where he’s working just as the facility is being closed. When he’s revived in modern-day Manhattan, it’s 2019 and Sarah and their unborn son have been dead for decades. The only family Herschel has left is Ben (Rogen), who is the same age as his great-grandfather but otherwise very different to this rough-around-the-edges immigrant who can’t quite fathom life in the 21st century.

Based on Simon Rich’s novella, this comedy starts off promisingly, as the bearded, brusque Herschel courts sweet Sarah and prepares for the treacherous journey to the US. Once the film fast-forwards to the present, the contrast between Herschel’s exaggerated Fiddler On The Roof-by-way-of-Borat accent and Ben’s sad-sack, kale-chip-eating hipster is amusing, and their shared bond of both being orphaned — Ben lost his parents in an accident five years ago — gives the movie some pathos.

An American Pickle is both slighter and tamer than many of Rogen’s other films, and director Brandon Trost (who was cinematographer on This Is The End) emphasises the script’s easygoing vibe, letting the knowingly ludicrous setup unspool at its own relaxed pace. At under 90 minutes, including credits, An American Pickle feels like an elongated short story, and indeed the film’s small-stakes nonchalance is one of its more pleasing elements.

Quickly, though, Herschel and Ben come into conflict once Herschel discovers that his great-grandson seems disinterested in both his family history and his religious roots. In need of a large sum of money quickly to preserve Sarah’s burial plot, Herschel decides to use his pickling skills, which leads to a cute odyssey that takes playful aim at such easy targets as artisanal food preparation and the trendy fetishising of anything vintage. Herschel’s misadventures will result in him becoming an unlikely viral sensation and controversial thought leader — his view on gender roles and sexual identity are shockingly regressive — but An American Pickle’s observations about political correctness, xenophobia and online outrage are rarely trenchant or hilarious.

What’s more affecting is the film’s quiet exploration of Jewish faith in a secular world. Ben has turned his back on religion — one suspects it’s partly due to his parents’ death — but An American Pickle suggests that, like family, it’s not so easy to shake such ancient rituals, which connect people over generations. Rogen makes for enjoyable company, twice over, but this lightweight comedy’s unassuming air proves to be both blessing and curse. Perhaps appropriately for a movie about a man who wakes up after being brined for 100 years, An American Pickle can’t fully shake a little sleepiness in its execution.

Screenplay: Simon Rich, based upon the short story entitled “Sell Out” by Simon Rich