Alex Garland and Natalie Portman unite to deliver thrilling sci-fi, in a film which will screen on Netflix outside the US 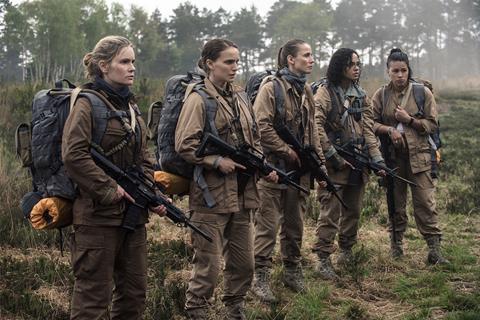 Able to generate dread and awe with equal skill, Annihilation is an absorbing amalgam of genres and influences, all coming together to produce a dazzling creation as vivid as the hybrid life forms our heroes encounter on their perilous journey. With nods to Stalker, Solaris and myriad jungle war films — not to mention writer-director Alex Garland’s audacious previous work — this sci-fi/horror action-thriller boasts a beautifully sustained mood and a bracing intelligence, bolstered by Natalie Portman’s gritty performance. This is a film of ambition and ideas, and part of the exhilaration comes from watching Garland and his cast risk so boldly.

A film that could eventually become a cult genre favourite

Opening theatrically in the US on February 23 — the film will stream on Netflix for most of the rest of the planet — this Paramount offering could initially suffer from bad buzz due to reports of discouraging initial test screenings and accusations of whitewash casting. But Portman’s star power will draw viewers, alongside a supporting cast that includes Tessa Thompson and Oscar Isaac, and this is a film that could eventually become a cult genre favourite.

Based on the first book of author Jeff VanderMeer’s so-called Southern Reach Trilogy, Annihilation stars Portman as Lena, a biologist whose soldier husband Kane (Isaac) has been missing in action for a year. When he returns home, though, he can’t explain where he has been, what his mission was and why he is violently ill.

As Kane clings to life in a military hospital, Lena volunteers to accompany a group of soldiers who are venturing into Area X, a quarantined section of American coastline where, she learns, Kane and his team went to investigate an alien crash-landing. No one except her husband has ever returned, but Lena is determined to get answers.

Garland (who previously wrote and directed Ex Machina and penned the screenplay for Danny Boyle’s Sunshine) has a reputation for smart, brooding sci-fi, and he uses VanderMeer’s book to explore grief, marriage, death and environmental catastrophe while delivering the kind of terrifying thrills mainstream audiences expect from a horror movie.

Although there’s a refreshing novelty to the fact that Annihilation’s reconnaissance team is filled entirely with gun-toting women — including Jennifer Jason Leigh’s no-nonsense leader Ventress and Thompson’s muted physicist Josie — Garland doesn’t dwell on their gender, instead supplying us with enough character detail so that we are invested in these people’s circumstance. Each of them dealing with their own secret pain, the team enters Area X, unable to communicate with the outside world and worrying whether the dire fate that eradicated previous search parties will befall them

To reveal Area X’s surprises would spoil the fun, but suffice to say that Annihilation has some overlap with Solaris and Stalker, Andrei Tarkovsky’s ruminative and mind-bending portraits of surreal other worlds. Still, Garland adds plenty of expertly executed jolts to keep viewers drilled to their seats. Cinematographer Rob Hardy emphasises the claustrophobia of Area X’s thick jungle terrain and impenetrable fog, while production designer Mark Digby concocts dank, desolate environments that drive home the clammy anguish of our main characters. But that mood-setting only makes Annihilation’s scare scenes more startling — part of the movie’s suspense derives from the fact that Garland so confidently shifts from moments of lyrical quiet to shocking horror sequences.

Quickly, Lena realises that something seems to be mutating Area X’s terrain, and likewise Garland cross-pollinates, not just mixing genres but also tones. Ben Salisbury and Geoff Barrow’s score ranges from delicate acoustic guitars to dizzying electronic dissonance, just another way that Annihilation keeps us off-balance. Similarly, Garland’s screenplay moves from examining the fragility of Lena and Kane’s marriage to delivering a third-act payoff that’s nearly operatic in its sci-fi spectacle. But unifying all of Annihilation’s disparate components is a sensitive inquiry into how human beings wrestle with the unknowable (possibly lethal) mysteries of the universe.

Whether firing a machine gun or calmly studying Area X’s latest curiosity, Portman is commanding as a scientist whose background as a soldier will serve her well. As for Leigh, she brings an eerie reserve to Ventress, rendering the character a fascinating enigma. In VanderMeer’s later novels, these two characters are revealed to be, respectively, Asian and half-Native American/half-Caucasian, which has provoked advocacy groups to blast the film’s casting choices. It’s a disappointing slipup in a film that is otherwise quite thoughtful.

Screenplay: Alex Garland, based on the novel by Jeff VanderMeer