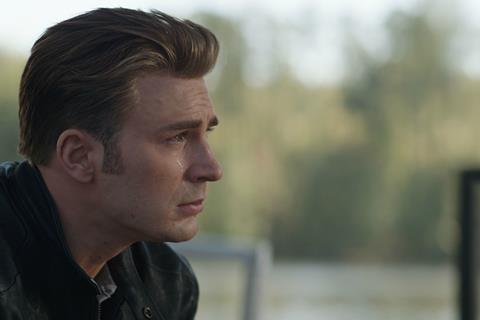 After more than a decade and nearly two dozen pictures, the first era of the Marvel Cinematic Universe comes to an imperfect, crowd-pleasing end with Avengers: Endgame, a bulky film tasked with resolving myriad plot points and perhaps even more emotional through-lines. At three hours, the latest from Marvel veterans Anthony and Joe Russo has the same smooth efficiency as their Captain America: Civil War and Avengers: Infinity War, even if it doesn’t always gracefully juggle all its narrative work. Resembling the overblown finale of a long-running, beloved television series, Endgame doesn’t mark the peak of this franchise, but the film expertly exploits our fondness for these well-drawn characters, allowing the viewer one last opportunity to savour their stirring heroics.

By any reasonable metric this is an entertaining, occasionally superb Marvel adventure.

Last year’s Infinity War collected $2bn worldwide, and the new film hopes to top that astronomical sum, despite the longer running time. Marvel shows no signs of audience erosion — this March’s Captain Marvel currently sits at $1.1bn — and it’s hard to imagine a universe in which Endgame doesn’t reign supreme.

The film follows the events of Infinity War, in which ferocious villain Thanos (Josh Brolin) obtained all six Infinity Stones, eradicating half of the galaxy’s population with a snap of his fingers. Mourning the loss of their comrades, the remaining Avengers — including Iron Man (Robert Downey Jr.), Captain America (Chris Evans), Hulk (Mark Ruffalo) and Thor (Chris Hemsworth) — hit upon a plan to reverse Thanos’ cruel genocide. But the repercussions could be horrific.

Starting with 2008’s Iron Man, Marvel has consistently upped the stakes, introducing new characters in standalone movies and combining superheroes for Avengers films. Endgame is the fourth Marvel instalment directed by the Russo brothers, and in each they have shown considerable skill at mixing humour, action and pathos, all the while flirting with an increasingly darker tone as the series has grown more serious and despairing. The Russos’ talent for elaborate narrative logistics impresses, even if they and long-time Marvel screenwriters Christopher Markus and Stephen McFeely sometimes struggle to satisfy fan-service demands and supply payoffs for a dozen or so protagonists.

Without revealing the Avengers’ daring plan, let it be said that Endgame boasts a valedictory tone that invites viewers to remember why they fell in love with these characters in the first place. If none of Marvel’s films have the thematic depth or inspired artistry of The Dark Knight, they more than compensate with heart and winning camaraderie among the stellar cast. Downey and Evans are especially good as their characters revisit their movies-long feud, and although some of the interpersonal dynamics feel a little overextended by this point, the actors’ commitment to these iconic roles remains affecting.

Noticeably, Endgame isn’t as consistently funny as previous instalments, the stabs at humour often falling flat. (As the hunky, deadpan Thor, Hemsworth must navigate a radical change within himself, which is only sporadically amusing.) Whereas Infinity War managed to find dark comedy in the Avengers’ fateful face-off with Thanos, the new film doesn’t always strike the right tonal balance. Likewise, Endgame’s plot, which crosscuts between different locations and sends the Avengers on different missions, alternates between some engaging sequences and more mundane set pieces. Whether fair or not, Endgame is burdened by audience expectations to deliver a worthy, riveting finale, but there’s simply too much going on story-wise to provide the clean, precise conclusion one might have hoped for.

But those quibbles don’t detract from what is, by any reasonable metric, an entertaining, occasionally superb Marvel adventure. Unexpected poignant moments are intercut with clever surprises, which then segue into interactions between characters whose shared history gives their life-or-death scenes extra resonance. Endgame isn’t quite as action-packed as Infinity War, taking its time to establish the bleakness of the post-Thanos world, but the film makes up for any initial shortfall with an extended battle sequence in which the forces of good and evil wage war one last time.

To be sure, Endgame never really tops what came before, although the Russos operate with such confidence that the film moves along briskly. Not every emotional beat lands, and some action scenes merely repeat past strengths. But between Brolin’s continued excellence as Thanos, a moral monster who believes in the righteousness of his cause, and the filmmakers’ effortless popcorn-movie poetry, Endgame is a muscular send-off to this series of comic-book extravaganzas. Wherever Marvel goes from here, the company’s shadow will loom large on the commercial horizon for years to come — a far less malevolent presence than Thanos, but just as formidable.