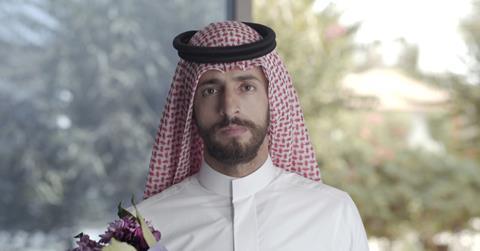 Finding love or companionship is a challenge everywhere, even more so in Saudi Arabia. Barakah Meets Barakah is an odd tale of attraction, a coming of age story that is also the first Saudi romantic comedy on the screen. Everything about Saudi Arabia can feel exotic outside that country, which will help get the debut feature of Mahmoud Sabbagh seen around the world. And the absences – religious police, veils, Koranic proclamations, beheadings – are as noticeable as its characters’ remarkably contemporary quirks.

Rather than break down barriers and throw bombs at taboos, Barakah Meets Barakah chooses a humor of clever restraint, rare for any first feature

The novelty of Barakah Meets Barakah means that festivals will seek it out, with art house possibilities to follow. In Islamic countries where it might be seen as too provocative for a legal release, the film will still travel widely over the internet or other black markets.

Barakah (Hisham Fageeh), which means “blessing from God,” is a young municipal official who attends to such petty violations as a merchant’s encroachment onto a public footpath. Public versus private space will become a constant punch-line here. He comes from modest means, and his neighbours, who have nothing to lose, speak in brash, vulgar, but truthful language. One is also a drunk, no small crime in this part of the world.

Barakah comes across Bibi (Fatima Al Banawi), a fashionably-groomed young woman from a rich family whose Instagram account (which never shows Bibi’s eyes) brings customers into her mother’s boutique. They are introduced when Barakah investigates a fashion photo shoot which might be illegal. Getting their relationship beyond that point is a challenge, given where they live.

Each of them is something of a free spirit – Barakah with unruly hair that he keeps hidden and Bibi with anti-corporate tastes for free-trade coffee and other pleasures – and they fear being noticed by the religious police, who never actually appear in the film.

Those everyday fears give this romantic comedy a strong screwball side. Rather than break down barriers and throw bombs at taboos, Barakah Meets Barakah chooses a humour of clever restraint, rare for any first feature, much lighter than the family drama Wadjda (2012), the only Saudi feature precedent so far.

Gender codes are tweeked gently when Barakah takes on the role of Ophelia, complete with a push-up bra, in a friend’s production of Hamlet, where (as in Shakespeare’s time) only men can perform.  When he gives Bibi a thong as a present, her response is, “lingerie, don’t be so 1983” - which is before she was born.

A revelation in Barakah Meets Barakah, besides the film itself, is Fatima Al Banawi as Bibi. Radiant, playful and contentious, she is a blonde adopted daughter in competitive Saudi society, to which the script alludes constantly, as it does to polygamy. This first-time actress has a spontaneity that’s disarming in a society where every public statement carries risk. We’ll be seeing more of her, whether it’s in her own country, or beyond.

The same goes for Hisham Fageeh, a stand-up Saudi comic who toned it down for the role of a bumbling first-time suitor.  The vulnerability of men, dissected by women, is another subject that Sabbagh addresses deftly in his script.

Other roles in Barakah Meets Barakah point to Sabbagh’s fondness for the naturalism of Egyptian neo-realism from the 1960’s. Production values are solid. Like much else about the film, they make you wonder where one will next go cinematically in this still-mysterious country.