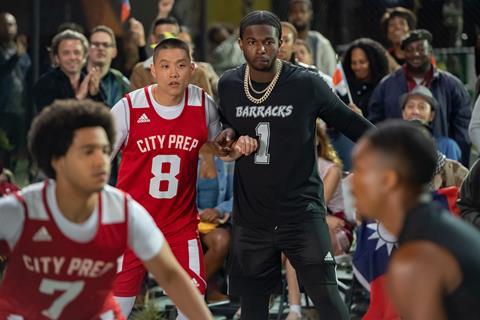 An Asian-American basketball prodigy faces both pressures at home and racism on the path to his hoop dreams in Boogie, the lively feature debut of writer-director Eddie Huang. A coming-of-age drama with a sharp eye for place and a deep empathy for the working class — especially children of demanding immigrant parents — the film is bolstered by Taylor Takahashi’s performance as an arrogant high-schooler who sees athletics as his family’s ticket to a better life, if only he can find a coach who believes in him. Sometimes marred by plot contrivances, Boogie works best when it breaks free of cliches to deliver an honest portrait of the struggles to attain the American dream.

Opening in US theatres March 5, this Focus Features offering will draw attention because of Huang, a famed restauranteur whose memoir Fresh Off The Boat inspired the ABC sitcom of the same name. Positive reviews and a basketball-centric storyline should further help lure viewers, even if the ongoing pandemic limits America’s ability to visit the multiplex. Universal has international rights for this Covid-delayed film which shot in late 2019; one of its young stars, Bashar ‘Pop Smoke’ Jackson, has since died.

Huang’s tale takes place in Queens, New York, a basketball mecca where 18-year-old Boogie (Takahashi) aims to prove that he’s as talented as any teenager in the city. However, he discovers that a bias against Asian players is making it difficult to get a much-needed scholarship to join an elite college program, which would be his pipeline to the riches of the NBA. Since his parents (Perry Yung, Pamelyn Chee) can’t afford college tuition, his last best chance for a scholarship is to impress local scouts, which he hopes to do when his high school team takes on their fiercest rival, where New York’s top prospect, Monk (Jackson), plays.

With shades of He Got Game — another New York-set picture that examined racism and economic inequality through the prism of basketball — Boogie has a vibrancy that matches its cocky protagonist. Newcomer Takahashi gives Boogie swagger both on and off the court, especially when he’s wooing classmate Eleanor (Taylour Paige), who is initially put off by his ego but soon sees the sweeter person underneath.

Boogie will remind viewers of other films concerning promising young phenoms. (Predictably, everything builds to one big game.) But Huang seems more invested in depicting Boogie’s search for cultural identity — the young man’s family has roots in China and Taiwan — as he tries to honour his heritage while confronting negative sports stereotypes. Because Boogie is a point guard, he battles constant comparisons to Jeremy Lin, a too-briefly-brilliant NBA star, and when he meets with college coaches, they’re wary of recruiting him for an unspoken reason: Asian players have not had great success in the pros. But all that means nothing to his blue-collar parents, who insist that if he just works hard enough, he can be a success, putting weighty expectations on him that, the film suggests, is a burden passed down from one generation to the next.

New York’s trash-talking high-school hoops milieu is chronicled with flair, and Boogie’s flirty rapport with Eleanor is a constant pleasure. (Endearingly, however, the conceited Boogie is noticeably less motormouthed when he finally goes to bed with his girlfriend — he’s a virgin and nervous that he’ll disappoint her.) And Huang takes special care to focus on Boogie’s parents, illustrating how their differing attitudes towards raising their son are a byproduct of their clashing personalities since before he was born. It’s a shame, then, that Boogie gets mired in artificial plot twists that force our hero to choose between his family and his future. And while Jackson, an accomplished rapper who was murdered last year at the age of 20, possesses a snarling snideness as Boogie’s nemesis, he’s not a particularly well-drawn villain, which only amplifies the suspicion that Huang isn’t as engaged in the sports subplot.

Instead, his heart is with Boogie’s journey to discover himself. Early in Boogie, the teen’s English teacher advises his students that they’re each in the midst of their own coming-of-age story, assigning them to read a masterpiece of the genre, The Catcher In The Rye. But it’s telling that Boogie isn’t impressed with Holden Caulfield, arguing that J.D. Salinger’s character is so privileged that he invents his own miseries — a child of overworked immigrants like Boogie doesn’t have the luxury to sit around and mope. When Boogie really shines, Huang offers a necessary corrective to Caulfield, presenting us with an embattled young man determined to win the game.