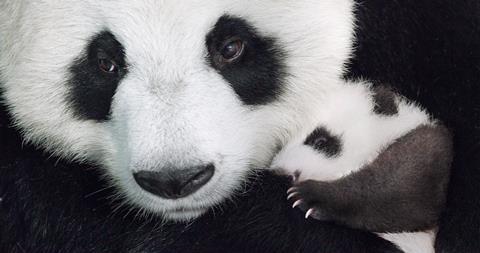 Essentially a feature-length version of the cute animal videos that proliferate on social media, Born In China is a feast for the eyes while also being an irritant for the ears. Chronicling the Asian nation’s diverse wildlife over the course of a year, this Disneynature documentary boasts an immersive, meditative tone which is undermined by aggressive adorableness that seeks to anthropomorphise its untamed creatures until they’re as harmless as moppets.

Born In China is targeted at animal lovers and nature buffs

Earnest and overawed, Born In China comes to US theatres on April 21 to coincide with Earth Day (it opened in China last year, taking $10m). Disneynature had its greatest commercial successes with 2009’s Earth ($109 million worldwide) and 2010’s Oceans ($83 million), although its more recent offerings haven’t fared as well. Any documentary showcasing huggable pandas ought to find receptive crowds, even if the Disney formula is starting to feel familiar.

Narrated by John Krasinski, the documentary is divided into seasons and focuses on China’s forested and mountainous regions where pandas, snow leopards, monkeys and chiru roam free. Amidst gorgeously photographed shots of their environments, we learn how these animals care for their young, scavenge for food and fight off predators.

Directed by Lu Chuan, operating in a far more benign vein than his searing 2009 war drama City Of Life And Death, Born In China is targeted at animal lovers and nature buffs. The documentary offers a handful of facts about its furry subjects but, largely, Lu and his three co-writers want to invest these creatures with human characteristics — presumably, so that audiences will be able to relate to their rituals.

There are commendable reasons for such a strategy — hopefully, humans will be less likely to hunt exotic endangered animals if they feel some sort of kinship to them — but Born In China overdoes the technique. Rather than being wowed by the grace and mystery of these unknowable creatures, the film forces conventional narratives onto their lives. A crop of experts gives “animal behavioural insights”, so undoubtedly the filmmakers’ storytelling contrivances are based in actual scientific study. And yet, too much of what we are shown feels manufactured for our entertainment.

To be fair, the approach does have some merit. The segments zeroing in on a snow leopard trying to protect and feed her young cubs has a dramatic arc as we observe this regal mother cat face brutal weather, increasing numbers of enemies and failing health. With each passing season, the fate of the leopard and its offspring looks more and more precarious.

Krasinski tries to offer profound insights about the circle of life and the eternal, unshakeable bonds between parents and their offspring, but Born In China’s script always stands in jarring contrast to its unfussy, resplendent images. The filmmaking also regularly gets in the way of our appreciation of these beautiful animals; the habits of the golden snub-nosed monkey, for example, are needlessly accentuated with some manipulative editing tricks and, occasionally, a strained “hip” soundtrack so that audiences understand their playful side as well as the dangers they face from carnivorous birds.

With that said, such carping shouldn’t overlook the film’s stunning, primal episodes of unfiltered animal behaviour. Although it deemphasises the bloody brutality of the wild, there are moments of hunting and death that illustrate the natural world’s kill-or-be-killed stakes. And then there are scenes of undeniable cuteness, often featuring pandas rolling around in the grass or newborn chiru trying to walk. But like those viral videos that get passed around on the internet, Born In China is best in two- or three-minute intervals.