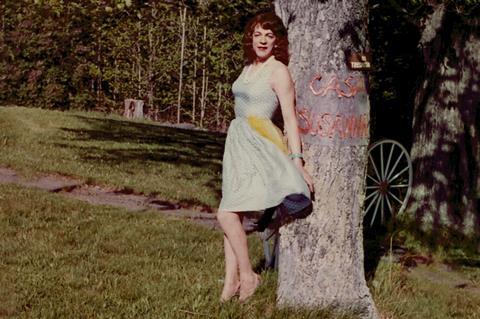 In the wake of the pandemic lockdowns, there has been a noticeable trend in documentaries using archive material to explore their subjects. While Sebastien Lifshitz’s deeply moving film about a 1960s haven for transgender women and cross-dressers boasts an impressive wealth of such footage, Casa Susanna also acts as a reminder of how important personal testimony is in bringing the emotional fabric of a story to life.

Lifshitz has tackled transgender experiences before with Wild Side and Bambi, and most recently showed how adept he was at immersive portraiture with 2020’s Little Girl, about a child questioning their gender. His latest film also has a vibrant immediacy that is likely to prove winning to audiences at its Venice Days world premiere and beyond as it travels to Toronto. With backing from BBC’s Storyville, it is also on course to meet the wider audience it deserves.

Memories are placed front and centre as the director approaches the story of Casa Susanna — an unassuming house in New York’s Catskills where men could freely adopt a female identity — from the perspective of some of those who found refuge there or whose lives were touched by extension. The power of recollection is evident from the start as octogenarian Katherine Cummings makes a pilgrimage back to the Catskills and begins to tell her story with the warmth of memory infusing every word. Her journey not only includes a ship voyage from Australia to North America but a decades-long interrogation of her own identity that was helped by the friendships she found at Casa Susanna.

Joining her is Diana Merry-Shapiro, who crossed paths with Katherine at Casa Susanna while on her own journey from a Lutheran upbringing to gender-affirmation surgery, and Betsy Wollheim, the daughter of science-fiction writer Donald, who recounts her discovery after his death of his life as a cross-dresser. (Donald’s experience is also recounted via excerpts from a book he wrote under a pseudonym, A Year Among The Girls.) Rounding out the main contributors is Gregory Bagarozy, whose grandmother Maria forged a relationship and married Tito Arriagada — who would later become known as Susanna Valenti — and established, with Susanna, this secret community where men, many of whom brought their wives with them, could express themselves without fear.

The sense of Katherine and Diana being at the front of a joyous vanguard is evident, their memories of the house and what it meant to those who came there jogged by their recollections, which Lifshitz patiently listens to, or by looking at photos. “Is it really me?” Diana asks. Their personal experience mixes with wider reflections of society of the time, aided by archive newsreel judiciously edited by Tina Baz (Memory Box).

There’s a fair bit of myth-busting here, as while some might expect flamboyant drag, home video from the Casa shows how those who visited wanted to emulate upper-middle-class feminine elegance. There’s also a real sense of the fear people like Betsy’s father had about their ”secret” getting out. Lifshitz takes time to explore these stories, letting conversations or remembrances flow freely. They run from joy at acceptance so profound it is likely to move you to tears, to sadness at the impact on Donald’s daughter of what seems to have been unresolved unhappiness, as the story of what happened to the Casa and its owners is also gradually revealed.

The film is packed with poignancy, often arriving from an unexpected angle or without warning. Lifshitz celebrates these women’s courage, tacitly questioning why a society would demand so much of it rather than being more tolerant and accepting, and handles their memories with care.