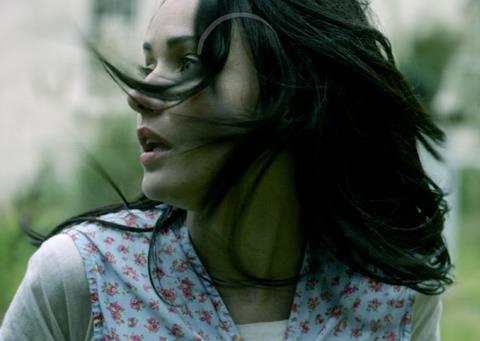 A woman searches for a baby she may or may not have had and who may or may not have been taken away from her in Viko Nikci’s (Coming Home) intense film. As the heroine struggles to make sense of her past by repeatedly re-visiting it, audiences may also have a sense of Memento-like déjà vu. Reflecting the turmoil of the dogged Aidie (Karen Hassan), Cellar Door is a restless film without sufficient anchor until it’s too late. With its committed performances and air of enigma, this is fertile terrain for a short film, but one which comes aground at feature length.

This is a director with a strong visual sense and an appetite to push boundaries, but who neglects the frame from which his film jumps

Premiering at Galway’s Film Fleadh, Cellar Door – supposedly the most sonically appealing phrase in the English language – is the latest production to look at unmarried-mother-and-baby homes run by stony-faced nuns in Ireland and the forced adoptions which ensued. Wildly ambitious, it suffers through its intricate construct: Aidie doesn’t know who or where she is until the repeated incidents mount up to a vague time-line. There’s no character here, or around her; just swirling panic and looming faces. The repetition eventually proves too much for this film’s skimpy structure; domestic audiences may disagree, but most likely on-demand.

Imagery, courtesy of DoP Robert Flood, is striking. Aidie wakes up underwater in her bath, unaware of why she is there or what might have happened to her. She’s wearing an old-fashioned gingham dress. Her Memento-like timeline sees her visiting her artist mother; being in a classroom with young giggling children; dancing with her handsome lover Aidan; tussling with a nun played by Catherine Walker; part of a group of unmarried mothers in a home; and, finally, being in various stages of pregnancy and childbirth and trying to find her child.

A recurring motif involves multiple characters soiling themselves and the urine trickling to the floor.

Nikci’s film - which he wrote, directed, edited and co-produced - does ultimately make narrative sense, and it’s a touching final revelation which finally gives Cellar Door a voice. This is a director with a strong visual sense and an appetite to push boundaries, but who neglects the frame from which his film jumps. Karen Hassan grits her teeth and digs deep into a difficut role. It’s may be too late for Aidie, but it adds poignancy to what up to this point has been a sadly uninvolving journey.