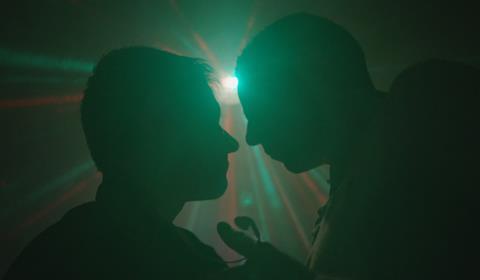 This timely investigation into the recreational habits of a growing sector of London’s gay male population may have began in a spirit of serious and sensitive concern, but the attention-grabbing outcome will surely become grist to the tabloid media mill, once the manufacturers of outrage boil the contents down to their salacious concentrate. Sex and drugs, already interesting as individual subjects, make for a pretty irresistible combination, especially when you throw in reckless endangerment of health and the mindboggling topic of deliberate HIV infection. The challenge for niche distributors will be to convert generous column inches into ticket sales, thus avoiding the fate of becoming the controversial film everybody needs to know about, but not necessarily see.

As the film delves deeper into the lives of its subjects, the confessionals turn darker and more disturbing

The origins of Chemsex date to a June 2013 feature at Vice.com entitled: “The Meth-Fuelled, Week-Long Orgies Ravaging London’s Gay Sex Party Scene”. William Fairman, a director at Vice, and Max Gogarty, former head of development for the media. As the film delves deeper into the lives of its subjects, the confessionals turn darker and more disturbing company, embarked on a project to chronicle the activities described, calling on participants to come and tell their stories. The brave volunteer subjects that stepped forward are introduced to us discussing their current or past chemsex lifestyle, seated in front of, and in a few instances behind, a red curtain – a neat metaphor for the figurative pulling back that ensues.

Filmed mostly inside their own apartments, these men describe their injection of drugs such as crystal methamphetamine – “slamming” in chemsex speak – that reduces inhibition and fires up the libido. GHB (Gamma Hydroxybutyrate) and mephedrone are also favoured by scene participants, who use code letters on mobile-phone hook-up apps to indicate their chemical preferences. But, as one interviewee explains, the slang is also about packaging and self-deception: “We’re not injecting, we’re slamming. We use ‘pins’, not needles.” And partying with “Tina”, “Tina Turner” or “T” helps brighten the image of crystal meth, the drug more generally associated with tragic underclass addicts depicted on Breaking Bad.

One of the film’s most notable contributors is David Stuart, substance use leader at 56 Dean Street, London’s pioneering NHS clinic offering free counselling to gay men engaged simultaneously in risky sexual activity and recreational drug taking. He diagnoses the present health emergency as a perfect storm created by three factors: a traumatised gay community feeling isolated and looking for disinhibition; new drugs; and new technology such as the popular Grindr dating app. He shares the film’s non-judgemental tone, while encouraging clients to begin with achievable goals, such as spending a whole week free of chemsex.

While the personal revelations are filmed in a straightforward manner, documentary purists may bristle at one particular sequence – a man slams meth and then feels its libidinous effects – where the timing of the action appears to have been stimulated by the attention of the cameras, even if this may not have been the case. Graphic sex scenes surely won’t hurt the film’s commercial value and talkability within the wider gay population.

Filmed over a year, between spring 2014 and 2015, Chemsex ends on a brighter note, with text revealing that several of the men featured have subsequently kicked the habit. While this outcome is satisfying for broader audiences, the film doesn’t make entirely clear that all the men depicted were already using the counselling services offered at 56 Dean Street, and may not be a representative sample. The recent data leak that disclosed the HIV status of hundreds of 56 Dean Street clients in a group email is not mentioned – a regrettable mishap that, after all, has no real bearing on the bigger story fascinatingly explored here.