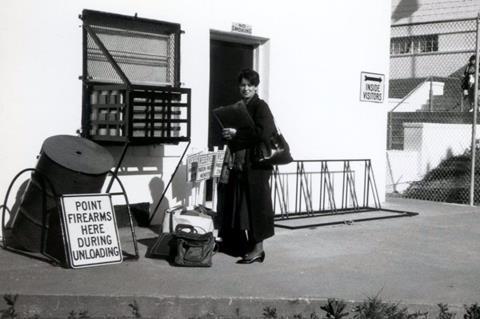 While the public appetite for stories about serial murderers seems inexhaustible, it does lead to the suspicion that the subject itself might have been exhausted long ago, and there’s perhaps little new to be said on the theme, either in documentary or in fiction. As it happens, there seems to be, if not fresh information, at least a fresh angle in Crazy, Not Insane, the latest offering from prolific documentarian machine Alex Gibney (Taxi To The Dark Side, Citizen K).

Gibney studies the topic throughclinical psychiatrist Dr Dorothy Lewis, who has made a career-long study of the question of why serial murderers kill, and of the motivating factors in their deep psychological and neurological make-up. Most distressingly, this revealing film suggests that the last few decades’ advances into clinical understanding of killers are being increasingly erased by a punitive American justice system. While the film might have felt more focused if not superfluously tarted up with visual embellishment, nevertheless it will make a fascinating watch - and not only for specialists in the subject, or addicts of its dramatic treatment in Netflix’s Mindhunter series, which treats the same issues from the FBI point of view.

Crazy, Not Insane is framed as a biographical portrait of Lewis, seen at home going through her video and audio tapes of interviews with murderers, and reviewing her autobiographical notes, which are read in voice-over by Laura Dern. Lewis talks about how she came to work on the investigation of murderers including John Lennon’s killer Mark Chapman. Initially sceptical about the existence of ‘multiples’ – people with Dissociative Identity Disorder, generating multiple alternative personas – she came to the conclusion that there were such people, and that their formation might be traceable to a combination of childhood abuse and detectable damage to the brain.

Lewis recounts a number of disturbing cases she worked on. One was Marie Moore, involved in the brutal murder of a friend of her daughter: Lewis found herself talking not just to Marie, but to an alter ego named Billy. Such personalities, she argues, are “caricatures of evil”, created as defence mechanisms by the damaged mind. One particularly elaborate example is a young man named Max, seen interviewed by Lewis on video in 1990 (Max also gave his services as a specialist consultant to Robert De Niro, playing a murderer in Cape Fear). Max has a particularly lofty persona named Kalki, and another quasi-saintly one, Jabreel, as well as a strikingly intelligent degree of self-awareness (and a streak of black humour: we first meet him singing a cannibalist number from the musical Sweeney Todd).

Then there’s the “flamboyantly psychotic” Johnny Frank Garrett, a teenage murderer from Texas, and – the film’s pièce de resistance – Theodore (Ted) Bundy, considered a superstar among American serial murderers. Saved for the film’s final chapter, Bundy is arguably the most interesting case here, partly because Lewis admits she was wrong in her evaluation of him, partly because he appeared at first to be an exception to the rules that scientists like Lewis had determined. The charismatic, assured Bundy appeared to be inexplicable as a killer, supposedly not having had a traumatic childhood – which led to people seeing him as a case of pure innate ‘evil’. In fact, a confession he made in his final interview with Lewis leads to an entirely different set of speculations. There’s also a fascinating sequence on a different kind of killer whom Lewis studied – an an official executioner named Sam Jones, who had no qualms about his work. But he too, it turns out, had a deep-rooted disturbance that expressed itself in surprisingly graphic form.

The film’s lucid expositions by Lewis and other experts are somewhat undercut by an unnecessarily fancy visual treatment, designed partly to illustrate the facts, partly to make things more dramatic - as if they needed to be. There is ample archive footage as well as clips of fiction films, like the concluding images that compare execution of the mentally ill to burning witches at the stake. There are also animation sequences in a charcoal-on-paper style – inspired by the drawing classes that are Lewis’s hobby – and these are sometimes unnecessarily lurid, pitching an otherwise sober account into borderline sensationalism. An over-rhetorical score similarly leans too heavily on the ‘True Crime’ button.

Nevertheless, the film offers an engrossing overview of the painstaking, insightful investigations carried out over the years by Lewis and associates – including clinical psychologist Catherine Yeager, defence attorney Richard Burr and FBI agent Bill Hagmaier, all interviewed. The disturbing takeaway, however, is that an American justice system increasingly focused on punishment rather than rehabilitation is continuing to execute the mentally ill, and wiping out the arguments for compassion produced by researchers like Lewis – “as if we’d gone back to the Middle Ages,” she says.