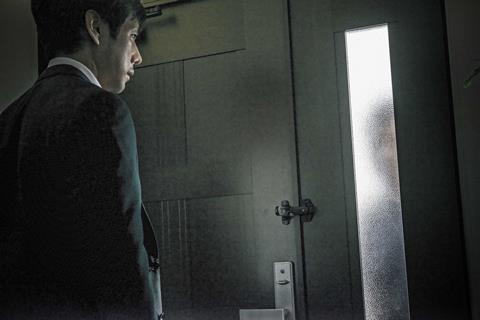 Kiyoshi Kurosawa recently appeared in cinephile documentary Hitchcock/Truffaut commenting on the lessons of the Master of Suspense. He puts them to good use in Creepy, a film that not only amply merits its name, but would make Norman Bates scratch his head at the sheer weirdness of what goes on here behind closed doors.

Ostensibly a sleek investigative thriller, Creepy later takes a detour into macabre and surreal territory, returning to the outré register of Kurosawa films such as Pulse and Charisma, following his recent, gently emotive take on the supernatural, Journey to the Shore. Hugely entertaining, Creepy’s genre pleasures should make this novel adaptation one of the more exportable Japanese films of recent years, and arguably prime remake material – although Western multiplex audiences might prefer a revision that is slightly less cavalier in its use of outrageous coincidence.

A bravura opening shows detective Takakura (Hidetoshi Nishijima) coming a cropper in an encounter with a captured killer. A year later, he has left the force, moved home with wife Yasuko (Yuko Takeuchi) and started work as a university lecturer in criminal psychology – but he can’t give up sleuthing, and finds himself delving into a cold case from six years back, involving a family’s disappearance. Meanwhile Yasuko is keen to make friends with her new neighbours, but draws a blank until the initially recalcitrant and decidedly odd Mr Nishino (Teruyuki Kagawa) seems to thaw.

The film starts off promising a detective procedural drama on one hand, and a touch of wry social satire on the other, as Japanese etiquette shows its limits, to Yasuko’s comic frustration. But even in seemingly innocuous situations, small stylistic touches create a sense of immense unease. A camera advances slowly as winds start to blow, or – in an extraordinary sequence, as Takakura questions the daughter of the missing family – a university building inexplicably grows dark as students, seen in the background, start to exit.

Kurosawa works on our nerves in a subtle manner that’s hard to explain. When Takakura says that a deserted house feels like a crime scene, we wonder how he can possibly know – but it’s that elusive bass note of ‘creepiness’ that Kurosawa wants us to share.

Teruyuki Kagawa – who also starred in Kurosawa’s Tokyo Sonata, 2008 – steals the show with a relishably eccentric performance as the nervy and unnerving Nishino. When the film shifts into territory less Hitchcockian than Lynchian – with a touch of Park Chan-wook’s Asian Gothic – the quiet confidence of Kurosawa’s approach has paid off, allowing him to vault into this more intense register. It’s not all just ghoulish fun, though: there’s a serious subtext here involving everyday evil, while detective Takakura’s own obsessiveness feeds into a parallel made between the coldness of the psychopath and the comparable chill of the committed detective.

Screenplay: Kiyoshi Kurosawa, Chihiro Ikeda, based on the novel by Yutaka Maekawa