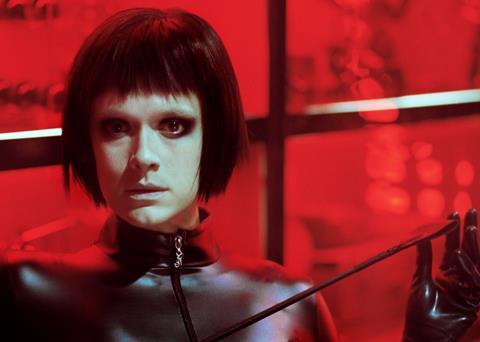 May leave some audience members whimpering for a safe word

Fifty Shades Of Gray has nothing on this expedition to the dark side of the sexual psyches of two people with, shall we say, niche interests. But for a film which deals with watersports and recreational dental trauma among other things, it is, with the exception of a couple of scenes, curiously non-confrontational. Valkeapää titillates with touches of leather-black humour, yet Juha and particularly Mona feel underdeveloped as characters outside of their sexual proclivities.

The film opens with an effective prologue which shows the incident which left Juha a widower. Woken from an afternoon doze by his crying daughter, Juha dives into the lake by their holiday home. It’s too late to save his wife, who is caught underwater in an abandoned fishing net. And for a while, Juha is close to joining her, as he drifts in the half-lit lake water, caught between life and death himself. It’s a crucial moment because it is this, the stolen moments on the cusp of slipping out of existence for good, which Juha seeks to recreate with the help of Mona. With the dominatrix’s hands on his throat blocking the blood flow to his brain and a plastic bag over his head for good measure, Juha believes that he is close to his wife again.

While Strang’s performance is buttoned up and unresponsive, the score explores his character’s mental state more expressively. Hollow, discordant tones hint at the empty anguish of his loss; later it becomes more needling and agitated as Juha is consumed by the need to be pushed to the very edge.

What’s less clear is what motivates Mona, a physiotherapist by day, dungeon mistress by night. There’s a dissonance between the two roles which is not satisfyingly explored. “I don’t like ordinary,” she says dismissively, when a friend suggests that she dials back the intensity of her sex work after emergency services are called to collect the broken body of a barely responsive Juha.