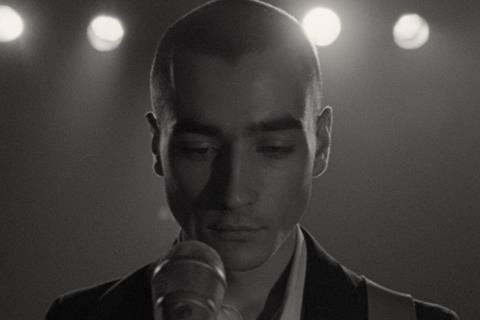 Hungary, 1983. Behind the Iron Curtain, the kids find few outlets to express their anger against the suffocating and repressive Communist regime. For a brief, stolen moment, Frank (Benjamin Fuchs), the lead singer of an outlawed punk band performing in secret, is the distillation of his generation’s fury. But the regime – not fond of dissent – cracks down, sending Frank to a psychiatric institution to be dismantled and reshaped into a model citizen. This immersively harrowing feature debut from Gabor Fabricius is as bold politically as it is formally – it’s not hard to trace the parallels between the 80s Communist regime and the current one, despite their positions on opposite sides of the political divide.

It’s a supremely confident piece of filmmaking which won the Circolo del Cinema di Verona Award for innovation after its premiere in Venice’s Critics Week. It’s a tough watch, a film which brings the sickening immediacy and dehumanising descent of Son Of Saul to a backdrop which feels like a crueler, colder version of One Flew Over The Cuckoo’s Nest. As such, the film might prove to be something of a marketing challenge on the arthouse circuit. But further festival screenings are likely and, if nothing else, it announces the arrival of Fabricius as a notable new talent in Hungarian cinema.

Captured in a grainy black and white which is intended to evoke the 16mm documentaries of the Budapest School in the 70s and 80s, there’s a nervy, kinetic quality to the camerawork. This is particularly effective in a superb opening sequence. Frank and his two bandmates are surreptitiously flyering the walls of a concrete tunnel; a snaking camera shadows them, capturing the jittery apprehension which turns to outright terror as a seemingly endless stream of tanks thunders past – a shuddering roar of military might which, in a neat piece of symbolism, drowns out the voices of Frank’s friends as they shout impotently from the other side of the road.

Perhaps even more impressive is the scene which follows, which shows the band take to the stage for a covert live show. Frank is mesmerising (Fuchs, a non-actor, is exceptionally well cast); his performance an electrifying howl of rage which is curtailed when grim-faced men in overcoats haul him from the stage.

The camera clings tight to Frank throughout, sneaking darting glances at the tumult around him in the near riot of the gig and, later, in the cacophonous psychiatric asylum and a brief, disorientating visit to an underground publishing house. The effect is woozily overbearing and those prone to motion sickness should be wary of sitting too close to the screen. Perhaps even more effective in this sensory assault is the sound design; a nerve-flaying blend of screeching feedback and screaming psychiatric patients, it’s a kind of aural violence which is designed to batter the audience into submission alongside Frank and his fellow enemies of the state.

Frank’s girlfriend, Anna, works for the instition and, like many ordinary citizens, is trying to play both sides of a game which is impossible to win. Meanwhile, a connection between Frank and a female fellow patient is a splintered, fragmentary thing, which plays out largely wordlessly through anguished gazes and shared pain. If it lacks a deeper emotional resonance, that’s perhaps because both Frank and the girl are already broken by this point.