An aimless young woman drifts through life in Berlin 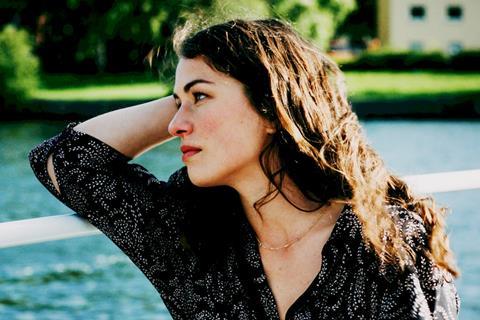 A young woman drifts through a life that she feels unable to command in writer/director Sophie Kluge’s slight debut feature, which effectively captures the lead character’s mopey passivity but consequently feels too meek and mild to resonate widely. Following its world premiere at Munich,it has a German theatrical release in August via Twentieth Century Fox and might attract some twenty-somethings navigating the uncertainties of a similar kite-in-the-wind existence.

Ava’s shy, unassertive personality seems to seep into the fabric of a film that also feels polite and inoffensive

Henriette Confurius’s thoughtful, understated performance as Ava is one of the strengths of Golden Twenties. The prodigal daughter, Ava returns home to Berlin to live with her mother Mavie (Inga Busch). The fact that her room has becoming a dumping ground for mum’s possessions (including a massive cross trainer) suggests that she is not being welcomed with open arms. Mavie has a younger boyfriend and a busy social life. She is a sketchy presence in her daughter’s life, and in the film.

Without a job, a partner or a house to call her own, Ava is very much left to her own devices. Friends are busy, employment is hard to find and she is constantly made to feel like an outsider or an intruder in other people’s lives. Conversations wither away when she joins them, visible displays of emotions between happy couples make her squirm. Disastrous interviews and awkward encounters provide the potential for moments of comic embarrassment, but are often mild-mannered and underwhelming.

Ava is eventually employed as a “job shadower” at a theatre company. Kluge (the daughter of director Alexander Kluge) has worked at the Old Vic Theatre in London and in German theatre. One would assume there are autobiographical elements at play here, but the depictions of a dictatorial director, tense read throughs and conceited actors feel very generic and lack real bite.

Ava is attracted to actor Jonas (Max Krause) but a tentative relationship that blows hot and cold seems all too indicative of woman who lets herself be defined by others. Seen as a good listener, she is the one who hears the woes of a friend’s boyfriend and her mother’s partner, but is never asked how she feels.

Ava’s shy, unassertive personality seems to seep into the fabric of a film that also feels polite and inoffensive. Kluge has a wealth of material in Ava’s network of relationships and professional experiences, and yet she never seems to find much high drama or low comedy to give that material a vital spark.

Some of the best moments are when Ava is alone. The camera lingers on her as she wistfully stares out of a window at a neighbour or watches a birthday celebration unfold as she sits on a boat, staring into space. The looks and smiles, sadness and anxiety that flicker across the face of Henriette Confurius create more of an emotional connection to the character that many of the events that befall her throughout the film.