The Boy explores the boundaries between being, acting and narrating in 17 monologues linked by a gym 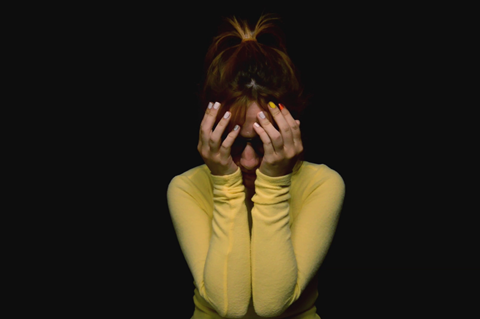 Greek drama Gym will certainly provide a workout for viewers attuned to experiment, duration and a certain wavelength of emotional and metafictional intensity. Running at nearly three hours, and consisting entirely of 17 monologues performed by young actors, this is a demanding and sometimes perplexing – even at moments, infuriating - proposition, but undeniably a tour de force for all involved. A departure from more visually elaborate work by writer-director Alexandros Voulgaris, a.k.a. The Boy, including 2019’s Winona, this stark piece is minimalist in its aesthetics, maximalist in length and content, and will be a tough call for exhibition following its Thessaloniki premiere. But conventional fest and exhibition slots may not be the obvious answer for a film that belongs as much to the worlds of theatre and gallery video, calling for some ingenuity in distribution.

Originally intending to shoot in a gym, The Boy modified his approach for lockdown – an inventive response that makes for a demanding watch

The film begins with the on-screen epigraph “Those who do not make time to exercise will find time to become ill”, but the characters - if they are characters, strictly speaking – are all ill in their own way, suffering from psychic malaises rooted in contemporary Western experience. The 17 people we meet – presented in soliloquies performed to camera in front of a black background - are actors cast in a film, playing characters who attend, or work at, a gym. Their gym lives sometimes form the focus of their monologues; at others, we seem to be meeting the actual characters played by the fictional actors, themselves played in turn by Gym’s cast.

The fluid borders between being, acting and narrating become evident in the first monologue – establishing a rough standard length of 10 minutes per section – as a young woman gives various made-up accounts of her father’s death, then narrates a bizarre dream about visiting a pizza parlour with Donald Trump. In fact, the film rarely ventures into quite such surreal territory, and other monologues, which become markedly bleaker towards the end, involve the actors’ obsession with acting and cinema (one eager-to-please guy launches into energetically iffy impersonations of Robert De Niro and Meryl Streep), body image, family relations, success and failure.

The performances are of an impressive standard all through, although some stand out as more emotionally charged or attention-grabbing than others – notably a young woman nervously but excitedly telling us how much she loves the character she’s been assigned, or an obsessive Instagram queen who wittily flirts with the camera. It’s invidious, though, to single out particular actors, since some choose, or have been directed, to give entirely affectless performances – few of the cast move much, if at all - while others go the extra mile in conveying neurosis, aggression or fragility. But, given that they are all filmed in single unbroken takes, with nowhere to hide, they all engage the camera with formidable command.

Originally intending to shoot in a gym, The Boy modified his approach for lockdown – an inventive response that makes for a demanding watch, giving us little to look at beyond the cast, and placing intense pressure on both performance and text (the nearest comparison is perhaps with Sally Potter’s 2009 talking heads drama Rage). As writer, The Boy has scored quite an achievement in generating such an expanse of complex, suggestive text, which consistently plays on its self-reflexive dimension, while increasingly drawing out connections between the characters – two sisters vying for attention, a pathological bully and his more sensitive brother. However, the monologues themselves – written in different registers, some perhaps pastiching different literary styles – are somewhat uneven. Some are witty, pithy, capturing their characters to brisk effect, others more nebulous, while the odd one seems a little too familiar.

Meanwhile, The Boy’s own floaty ambient score (Brian Eno is duly namechecked in one monologue) works to hypnotic effect, sometimes helping dramatically link several sections, while at others it could encourage the viewer to zone out – and over three hours, Gym certainly invites a floating attention. But whatever else Gym offers, Giotis Paraskevaidis’s photography makes the most of its visual austerity, sharply offering a gallery of portraits - in medium shot until the final chapter, which shifts into close-up and into a very poignant closing register.