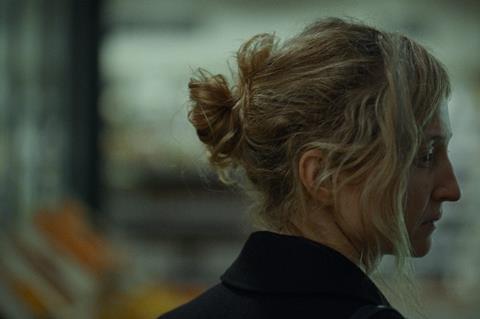 Hellhole is essentially a slow, poetic study of lost souls adrift in a European metropolis, its slender dramatic content pared back to the bone. The Donald Trump quotation that gives Belgian director Bas Devos’s film its ironic title (from a January 2016 Fox News interview where the US president described Brussels as “a hellhole right now”) is something of a false trail. So too is the information, gleaned from director’s statements and festival synopses, that the film is a portrait of the city in the aftermath of the March 2016 terrorist attacks. Both suggest an urgent, angry, topical work, and Hellhole is none of those things.

As resolutely uncommercial as the director’s debut, the teen grieving drama Violet, Hellhole is sure to haunt a few more festivals after its Berlinale bow, but theatrical engagements outside of Belgium will be at the most resiliently cineaste end of the arthouse spectrum. In this quietly absorbing film, Devos finds lines of convergence between working-class Muslim teenager Medhi (Hamza Belarabi), fragile Alba (Alba Rohrwacher), an Italian interpreter at the European Parliament, and Flemish doctor Wannes (Willi Thomas), whose briefly glimpsed surgery appointments with the other two tie the characters loosely together.

Typifying the quietude that is Devos’ stock in trade, one shot, lasting nearly five minutes, takes the camera for a slow walk around the outside of the house where Wannes’ father is taking his last breaths. Lights go on and off in the windows the camera glides past on its circular path, but there are no flashes of drama, hardly any story at all, until we come full circle and understand from a look shared between brother and sister that a life has been extinguished during this orbit.

Not being allowed inside is both a camera method and a metaphor in Hellhole: key scenes, like one in which Alba is all but fired for sleeping on the job, are filmed from a distance, in this case through a glass window that shimmers her and her boss into watery ghosts. Also a ghost of sorts is Wannes’s soldier son, on a tour of duty in the Middle East but only contactable through a pixelated, unreliable Skype connection. Teenage Medhi, who unlike the other two, has solid, active support networks of friends and family, is nevertheless forced to spend whole days in a darkened room due to recurrent migraine attacks. The playground noises and dog barks that filter in through the half-closed window form part of a soundscape that blurs lines between inside and out.

The film’s very few references to current events – such as a classroom discussion about Brussels’ reputation as a hotbed of terrorism – feel a little shoehorned in to a work that feels not so much about the Belgian city post 2016 as about a far more widespread malaise, a wasting disease of urban modernity.