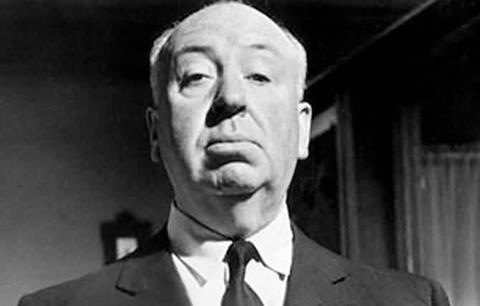 A little slice of film buff-heaven, Hitchcock Truffaut looks at the influential eight-day meeting which took place in Universal Studios, Hollywood, in 1962 between the two giants of cinema, the resulting book (Cinema According to Hitchcock), and the influence it has had on a generation of film-makers, from Martin Scorsese to Arnaud Desplechin, Wes Anderson, and David Fincher, all interviewed here.

Truffaut venerated Hitch, telling him “you are one of the world’s greatest directors”.

Directed by Kent Jones  (Val Lewton: The Man in the Shadows and A Letter to Elia), Hitchcock Truffaut is of undeniable appeal to those with even a passing interest in the history of cinema. There’s nothing rarified about the air the project breathes, either – this features passionate people who have made their own iconic cinema talking about two giants of our film age with an enthusiasm which is infectious.  The Truffaut, and particularly Hitchcock, ‘brand names’ may attract an audience beyond the film-spotting crowd, and festivals and TV exposure seems assured. There’s much more insight to take away from Hitchcock Truffaut than the two Hitchcock dramas of 2013, Hitchcock and The Girl, combined.

Jones argues that the interviews between Truffaut, 30 at the time and with The 400 Blows and Jules Et Jim already under his belt, and 63-year-old Hitchcock were influential in establishing the credentials of the British-born director as an auteur and moving him away from the shockmeister-shelf. In 1962, Hitchcock was a one-man franchise (Alfred Hitchcock Presents, etc), but Truffaut venerated Hitch, telling him “you are one of the world’s greatest directors”.

Jones mixes interview footage with present day giants of cinema – Olivier Assayas, James Gray, Paul Schrader and Peter Bogdanovich also feature – with pristine clips from films ranging from The 400 Blows to I Confess, Vertigo, Psycho and beyond to show the parallels between the two men (as well as the significant differences). The actual interview between the two giants of cinema was never filmed, just taped – over 27 hours - and we hear them speak again alongside black-and-white photographs of their sessions (which crucially include the interpreter Helen Scott, as Truffaut did not speak English).

Interestingly, Jones looks at Truffaut and his search for a father figure, contrasting it with Hitchcock’s standing in the US at that time and the perception of him as being very commercial; both men needed each other, he says. Vertigo and Psycho get a deeper examination here, films which are known by all ages; the men, touchingly, stayed friends for the rest of their lives. Hitchcock’s amusing attitudes towards actors also get an airing. It’s this kind of detail and human touch which makes this small, lovely project, which premiered at Cannes Classics, into a film with a wider potential appeal and not just an academic examination which preaches to the converted.