'In The Heart Of The World': Rotterdam Review

Several chaotic lives intertwine in the Brazilian city of Contagem 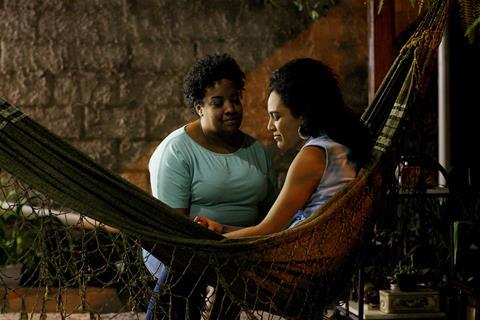 In The Heart Of The World

In a close-knit working class neighbourhood in the Brazilian city of Contagem, everybody has a hustle on the side. And everyone is connected, by shared blood or spilled blood, to everyone else. This sprawling, multi-stranded feature from Contagem natives Gabriel Martins and Maurílio Martins (who are not related, despite the shared surname) is a vivid portrait of a community which benefits from authentic, if unpolished performances. Although the plotting and pacing can be undisciplined at times, the nervy energy of the unpredictable streets rarely flags.

Key to the film’s cluttered and restless atmosphere is its excellent sound design.

Crime is threaded through the fabric of daily lives in the neighbourhood, but this film is not about that alone. While this adds up to a more textured and balanced portrait of a community, it means that the picture lacks the propulsive drive which made trigger-happy thrillers like Elite Squad such a commercially lucrative proposition. Brazil’s current political climate should add another layer of interest for audiences at the film festivals where In The Heart Of The World is likely to find its natural home.

Marcos (Leo Pyrata), a doughy slacker with a habitually put-upon expression, is involved in a botched assassination at his own birthday party. The hitman, Beto, is told to leave town after killing the wrong guy. He begs money from his brother Miro and Miro’s lover Rose (Bárbara Colen). The owner of a beauty salon who is planning to moonlight as an Uber driver in the evenings, Rose is close friends with Selma (Grace Passô), who dreams of escaping her life in Contagem to find “the heart of the world”. To this end, Selma and Marcos set up a school photography business before joining forces on another, more lucrative project – a burglary at an address in a wealthy neighbourhood. Marcos persuades his girlfriend, bus conductor Ana (Kelly Crifer), to take a key role in the heist.

There’s a lot going on in these tangled threads of story, so much that the film initially feels somewhat disjointed. The burglary is the device which weaves some, but not all, of the strands together. Key to the film’s cluttered and restless atmosphere is its excellent sound design. There is almost always sound bleeding into the picture from outside the frame. The hubbub of voices and vehicles, constantly jostling for attention, underlines a central theme of the film – that these are lives so closely intertwined that it’s hard to pick them apart.

Ultimately, there is a sense that it is the women in the story who are the ones who, for better or worse, are making things happen. Ana rebels against the humiliations of her job and pulls off her role in the robbery with aplomb. Selma, who hopes to return to the daughter she left as a baby, keeps moving towards her goal, even after her planned heist goes violently and bloodily wrong. And when the death which interrupted Marcos’ party is finally avenged, it’s by a woman, who has been quietly nursing her grudge and biding her time while the oblivious men around her bluster and posture.