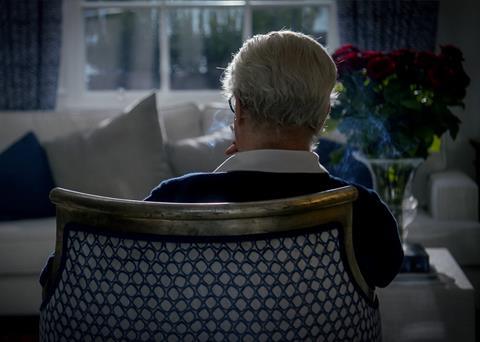 If you’re inclined to political paranoia, South African documentary Influence is unlikely to reassure you in any way. However, it does considerably clarify the stakes of modern conspiracy theory, making it apparent that much chicanery on the world stage is simply a matter of unprincipled people doing unconscionable things for huge amounts of money. A portrait of the late PR mogul turned spin doctor and international ‘reputation manager’ Lord Tim Bell, this hugely detailed, altogether unnerving exposé explores his role in political manipulation over several decades, notably in the UK, South Africa and Chile. Premiered in Sundance, Influence now screens online at Sheffield Doc/Fest, and indeed, it may be watched at home – allowing for pauses both to absorb the byzantine complexity of the facts conveyed, and for the odd stiff drink as you reel at their enormity.

Bell notes that he regards his own activities as amoral, rather than immoral; but the film represents a world in which ethical fine distinctions seem a superfluity.

Built around an interview with Bell – who died in August last year - the film begins with the collapse of his company Bell Pottinger in 2017, and traces his spectacular rise and fall. Bell’s eminence in advertising and PR started in earnest when he co-founded Saatchi and Saatchi in 1970; he then masterminded the advertising campaign that led to Margaret Thatcher’s election in 1979, which gave him unprecedented access to the corridors of power, both in the UK and worldwide. He went on to work for Augusto Pinochet’s regime in Chile in its final stages, and it is no doubt characteristic that in one stretch of interview, Bell in one breath denies ever having met the general, then admits that he did, coolly commenting, “We got paid a hell of a lot of money,” and adding noncommittally, “He’s supposed to have done some terrible things.”

Later on, Bell notes that he regards his own activities as amoral, rather than immoral; but the film represents a world in which ethical fine distinctions seem a superfluity.

Written and directed by South African film-makers/journalists Richard Poplak and Diana Neille, the film focuses in particular on Bell’s influence in their own country, and the way in which his activity there finally brought him and his company crashing down (an inquiry led to the firm’s expulsion from professional body the Public Relations and Communications Association, and eventually it going into administration). Bell’s first involvement with South Africa came in the early 90s at the end of apartheid, when he worked with outgoing president F.W. de Klerk (one of the interviewees). He was back in the country during the presidency of Jacob Zuma, acting for powerful financiers the Gupta brothers, with Bell Pottinger’s work there aggravating racial tensions in order to secure the Guptas’ influence. Bleak as the film’s overall picture is, it offers hope in this section, focusing on the role of South African MP Phumzile van Damme in bringing Bell Pottinger to justice, and on the work of investigative journalists such as Marianne Thamm and the staff of online organ the Daily Maverick.

Van Damme and Thamm are key interviewees, along with figures from international politics and grandees from the advertising and PR worlds; they include Nigel Oakes, founder of the SCL Group, parent company to the infamous Cambridge Analytica, and Paul Bell (no relation), who ran Bell Pottinger’s operations in Iraq, when the company won a $500 million dollar contract for a US ‘hearts and minds’ campaign (visibly one of the shoddier undertakings in the company’s portfolio).

Interviewed in the lofty surroundings of country mansion Cliveden House, Oakes – who dubs himself an “amateur historian of the so-called influencing industry” – gives an authoritative and somewhat gleefully approving outline of Bell’s role in transforming an industry, turning advertising from an art from to a science to a “workable weapon”. Oakes offers some of the most chilling insights here, notably when he raises the notion of “a controlled democracy… available to the highest bidder.”

Ample archive footage – from hard political content to droll retro clips showing the ad industry’s old Mad Men image of itself – supports a densely documented narrative, with the newly shot material mixing unadorned interviews with more impressionistic imagery, somewhat in an Errol Morris vein (depiciting Bell as an ominous figure gliding through London in the back of a limo, for example). In person, Bell undeniably exudes a somewhat malign patriarchal charm, but his smugness and overt cynicism are quite shocking - and indeed they proved to be his downfall in an excruciating Newsnight interview.

The film ends with a hopeful comment from Marianne Thamm, who firmly believes “the moral arc of the universe bends towards justice.” Given the film’s revelations – and the implications for the contemporary themes running throughout, notably the Brexit campaign and the highly developed influencing skills of Putin’s Russia – one can only take a deep breath and hope that she is right.