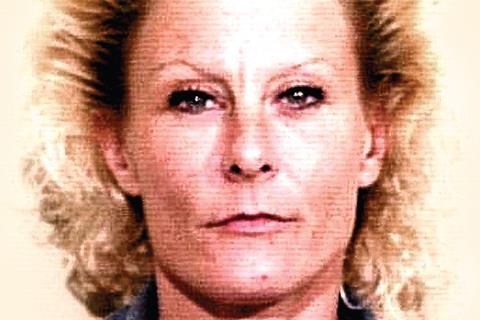 The sorry state of the ‘War on Terror’ is laid bare in Ciaran Cassidy’s fascinating documentary Jihad Jane, in which the only terrifying element on display is the inept and banal nature of the ‘threat’ posed by the damaged individuals involved. Cassidy follows the trail of the self-styled white female American jihadi Colleen LaRose to deliver a film which joins a canon of provocative features which attempt to surgically probe the hysteria and manipulation that currently surrounds us. Some elements of this particular battle are so absurd, you don’t know whether to laugh or cry.

Having premiered at the Galway Film Fleadh, the Fastnet Films-produced Jihad Jane will certainly attack the doc fest circuit and ancillary public forums. It will have to fight hard for attention in a crowded marketplace of documentaries which seek to highlight the shambolic-slash-sinister nature of the West’s internal and external wars against perceived threats. (Jihadi John premieres shortly on HBO, for example.)

The plot involving ‘Jihad Jane’ and ‘Jihad Jamie’ which was “revealed” and press-released back in 2010, leading to lengthy imprisonments for both women, is unfortunately illustrative of the often-pathetic nature of the threat behind the veil – and the well-known fact that such fanaticism holds a super-charged allure for the young, the mentally-impaired and the irretrievably broken members of society, who can turn dangerous with the right provocation.

In Jihad Jane’s favour is the participation of the Swedish artist Lars Vilks, whose studied and arrogant grandstanding led to the entire affair – and more besides. If there’s a villain in the piece, it’s this publicity-speaking egoist, who uses the krieg light of the Jihad Jane affair to further inflame the Muslim community under the cover of free speech. It’s this compelling triangle – the damaged would-be jihadists, the inept and self-serving security services, and the academic – that make Cassidy’s film a welcome and notable addition to the debate. It’s also nicely shot, as evidenced by an opening sequence set in a snowy Colorado in 2015 where a young boy whose mother took him off to fight in a holy war now lives with his elderly grandmother.

The documentary then explains how Colleen – who styled herself Jihad Jane in her online, unencrypted comments on Youtube – fell into her fanatical beliefs after a brief sexual liaison with a “Middle Eastern guy” she met in a lift on holiday in Amsterdam. Coming back to a lonely housebound life looking after her elderly mother and her boyfriend’s father, she fell further and further into a world of online bravado looking to sustain a connection with the Arab world.

That quest eventually led her to a dismal tenement apartment in the small city of Waterford in the Republic of Ireland where she encountered another unhappy American blonde, Jamie Paulin Ramirez, who had brought her six year-old son with her in an attempt to enforce a fatwah on Lars Vilks for drawing the head of the prophet on a dog.

You couldn’t make it up. There they met with fellow blogger “Black Flag” until an impatient Jane went to the authorities to unmask the “plot” and ended up in prison herself. As both heavily-veiled “Jihad J’s” give testimony to Cassidy’s patient camera, the most sorry tale of child sexual abuse and prostitution slowly emerges. So bad was Colleen’s life before, becoming notorious and imprisoned for eight years has actually given her the identity she craved. “I’m somebody now,” she says, proudly – an unrepentant Trump-voting terrorist who has to hug home-knitted animals for comfort.

The events on screen largely took place in 2008-2010, and LaRose was released in 2018. Yet it seems like wishful thinking indeed to imagine that Cassidy’s documentary only relates to the past.