Neither about nor for children, but recommended nonetheless 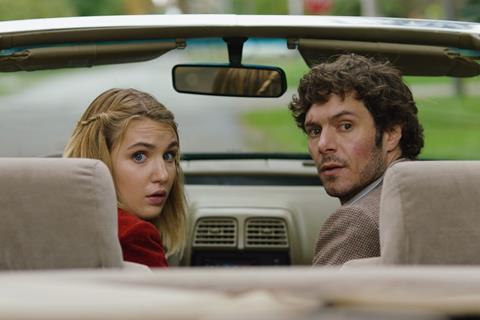 The first mystery posed by “The Kid Detective” may be how such a smart movie got stuck with such a dumb title. It sounds like some early ’70s Disney film, with a baby-faced Kurt Russell, miserly production values, and a spooky house that, by the third act, turns out to be full of slapstick smugglers. In fact, Evan Morgan’s sometimes weird, sometimes whimsical thriller delivers a grown-up blend of film-noir tropes and deadpan humor, for a comedy-drama which starts off lighthearted and then deftly darkens. Opening October 16 in the US through Sony, and a month later in the UK, it could capture audiences not only starved for theatrical features, but hungry for something different. Like the film’s hero, they just need to be willing to look past the surface.

How do you pick yourself up and make a go of the present, when it’s so much more comforting to live in the past?

While the title feels misleading, it’s actually accurate to a point: When the story begins, Abe Applebaum is a precocious, pre-teen sleuth. Working out of a treehouse hideout, taking cases for a quarter a day plus expenses, he’s like Sherlock Holmes’ really younger brother, finding missing necklaces and bringing juvenile delinquents to justice. It’s all very slight and sweet – until a high-school girl is abducted. That’s one case the terribly cocky, incredibly innocent Abe can’t solve, and it simply wrecks him.

Skip ahead a couple of decades, and the former child prodigy is now a prodigious burn-out, hungover each morning and drunk every night. Until one day, when a pretty teenage girl asks him to find her boyfriend’s murderer. And, as Abe tries to regain his old confidence, the movie’s real puzzle begins to play out: what happens after someone’s unlimited potential has turned out to be rather limited after all? How do you pick yourself up and make a go of the present, when it’s so much more comforting to live in the past?

That could make for a fairly melancholy movie, but Evan Morgan, making his feature directorial debut – he previously wrote the screenplay for The Dirties (2013) – leavens Abe’s relentless regret with straight-faced humor and consistently clever observations. Although Abe’s small town was once as sunny as he was, it has darkened, too, another Bedford Falls turned Pottersville. And while Abe occasionally rallies to impress his young client with his detective skills, his adventures often turn into small-scale embarrassments – trapped in a little girl’s closet, slugged in a barfight, passed out in a dumpster.

As Abe, Adam Brody is a depressed but never depressing presence; although this failure’s refusal to abandon his dreams might come across as pathetic in other hands, Brody almost makes his stubbornness inspiring, a salute to anyone who ever stuck to a career long after it made any economic sense. Saucer-eyed Sophie Nelise gives his teenage client a genuinely sweet and believably naive appeal (and thankfully the film refuses to sexualise her, or creepily suggest any kind of romance might ever be in their future). As Abe’s Goth-girl gal Friday, Sarah Sutherland adds just the right dose of drop-dead reality.

Of course, it bears repeating that, despite that title, The Kid Detective is not a film for kids – or even for adults discomfited by shifts in tone and intent. Although not as precisely mannered and studiously grim as Rian Johnson’s teenage-noir Brick (2005), Morgan’s detective story moves beyond gentle genre parody to grow progressively bleaker, bringing in drugs, rape, suicide and multiple murders; Abe may have a shelfful of ’The Hardy Boys’ in his office, but Frank and Joe never had to deal with anything like he does.

But what if they had - if Nancy Drew had been forced to face down a serial killer? Or, 20 years after his last adventure, Encyclopedia Brown was an alcoholic living in some shabby flat, reduced to searching for an old lady’s lost cat? Those aren’t the sort of questions many film-makers would bother asking. The Kid Detective is proof that it can be surprisingly rewarding when someone finally does.