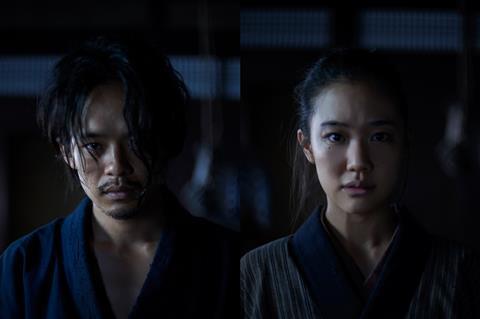 Nearly thirty years on from Tetsuo: The Iron Man, the cyberpunk body horror fantasy that became a cult classic for fans of violent, deranged Asian genre cinema, Japanese director Shinya Tsukamoto finally turns his attention to his country’s samurai traditions – and in doing so makes one of his most engaging films in years. Following on thematically from his last, the gruelling 2014 Second World War movie Fires On The Plain, Killing questions the whole premise of the samurai code of honour: that it is right to kill in a just cause.

Venice has always held a torch for Tsukamoto: this is the director’s fourth film in a row to premiere at the A-list Italian festival, where it followed Fires On The Plain into a competition slot. Despite its intriguing twist on the samurai formula, this is no Blade of the Immortal or 13 Assassins: bracingly low-budget, filmed in an often jerky handheld style and a little slapdash in terms of editing and story continuity, Killing is a festival film that may notch a few speciality theatrical engagements before heading to smaller screens via the usual cult-friendly outlets.

Tsukamoto took apart the war movie genre in Fires, turning the Japanese retreat from the Philippines into a nightmarish, feverish rout. He does the same thing here, in lighter, more ironic vein. A brief caption informs the viewer that Killing is set in the twilight years of samurai culture, when after 250 years of peace, many samurai have become ronin, wandering, impoverished swords for hire, no longer tied to one feudal master.

The director himself plays Jirozaemon Sawamura, an unflappably calm ronin who takes younger colleague Mokunoshin Tsuzuki (Sosuke Ikematsu, fifteen years on from his screen debut in The Last Samurai) under his wing when the two meet by chance in a remote farming community. Mokunoshin has been helping the farmers get the rice harvest in, while giving swordplay lessons to hotheaded farmer’s son Ichisuke (Ryusei Maeda), whose sister Yu (Yu Aoi) disapproves of her brother’s martial training – but at the same time carries a torch for Mokunoshin.

Jirozaemon announces that he is putting together a team of samurai to serve the Edo shogun in Kyoto. The audience is left in the dark about the brewing civil war prompted by the opening of Japan to Western influence in the mid 19th century – but all we really need to know for the story to work is that Jirozaemon is depriving a farming community of valuable help in pursuit of some doubtful mercenary work in the big city. It’s the premise of the Seven Samurai turned inside-out and degraded. Not only that, but the assembly of the band of warriors stalls as soon as it’s started: having recruited Mokunoshin, and the enthusiastic but unskilled teen soldier Ichisuke, Jirozaemon is distracted by the arrival in the village of a band of rogue samurai who have turned to banditry, and by a fever that strikes Mokunoshin just as the three fighters are about to leave for Kyoto.

Shot partly in rice paddies dotted with neat, simple farmhouses and partly in thick forests dripping with moisture, Killing takes us into a fragmented world riven, like its denizens, between savage nature and social order. The former is played up by Chu Ishikawa’s high-decibel soundtrack with its pounding rhythmic drums and doom-laded choral voices.

There are some outbreaks of sheer Tsuakamoto oddness – a repeated shot of Mokunoshin masturbating outside one of the farm huts is left utterly unexplained – and the young ronin’s reluctance to deal the killer blow, which drives the latter part of the story, is abruptly introduced and clumsily developed. If fight scenes appear to be shot by a cameraman who is dodging the blows as he films, it all adds to a jumpy and chaotic ride. There’s a real sense of energy here that comes as a raw and refreshing antidote to the over-choreographed battles of so many commercial ’wuxia’ films. Although some of his brushstrokes are off, or simply rushed, Tsukamoto still paints an atmospheric portrait of a male code of honour that is falling apart before our eyes.