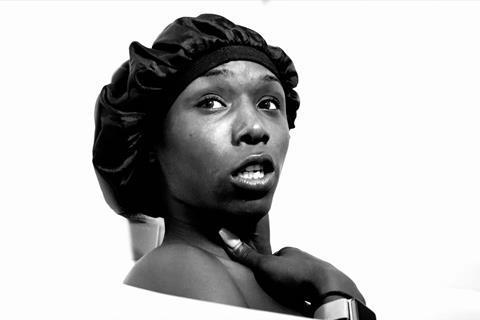 With her debut film, Grammy-nominated producer and singer/songwriter turned documentarian D. Smith opens a window into the lives of black transgender women sex workers in the US. Shot in crisp black and white by Smith herself, the women candidly speak about their lives and their livelihood as well as offering more general philosophical observations on societal attitudes towards gender and sex work. The frank language of the conversations and the inclusion of some nudity and suggested sex acts is likely to make it most attractive to LGBQT+ festivals after its world premiere in Sundance’s NEXT section, where it won the audience prize, and already it has booked a slot in Berlin’s Panorama. Streamers might also fall for its slick MTV-style presentation of this niche subject.

The chief contributors are Daniella Carter and Dominique Mitchell, both New Yorkers, and Georgia’s Koko Da Doll and Liyah Mitchell. Their interviews are supported by a chorus of other voices offering observations and anecdotes, including couple Rich-Paris and Xotommy, and Lenox Love, a promoter of events featuring transgender dancers that, he says, specifically aim for more of a strip club atmosphere rather than more common drag nights.

Although much of the discussion outlines serious issues, such as the risks the women can face in their work and the judgmental attitudes of others, the interviewees are generally upbeat. Smith mirrors their playful attitude, using record scratch sound-effects on occasion and often cutting away to the suggestion of a re-enactment or something that illustrates the point. (As Liyah relates an encounter in which the guy pulled out a gun, for example, the screen splits and we see a firearm spinning in one half of it.)

The film is also generally celebratory of these women as survivors who aren’t afraid to speak their truth, offering an intimacy reflected by the fact that many of the interviews are conducted in bedrooms and bathrooms. Each interviewee seems at ease with Smith, so that topics covered range from biographical detail through to holding the prejudices of cis women and the wider black community up to the light.

Much of the time Smith’s directorial quirkiness complements the quick-fire energy of the interviewees, although sometimes the camera is overly restless, floating about in ways that distract from what is being said rather than zeroing in on it. As with a lot of first-time feature filmmakers, Smith shows a tendency to want to throw everything a her film stylistically – including, at one point, the random use of bright yellow subtitles  – which makes certain sections feel unnecessarily skittish.

The same is true of the soundtrack, which features everything from Randy Crawford’s ’Streetlife’ to RocknStock’s ’My Bet’ and Roberta Flack’s ’Feel Like Makin’ Love’ through to ’The Good, The Bad, The Ugly’, by Tennessee Pistols. While mostly it adds to the texture of the film, sometimes it feels like that just hearing these women deliver their message without embellishment would have been even more powerful.