‘Life In A Day’: Sundance Review 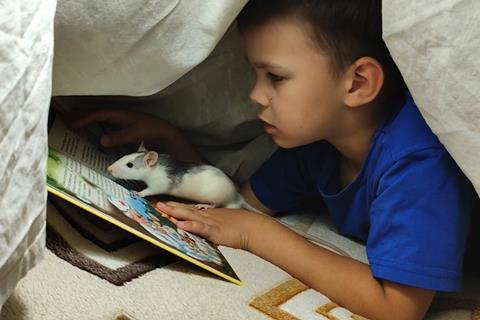 A decade after Life In A Day, director Kevin Macdonald distills another mountain of crowdsourced footage into a trim, time-capsule mosaic covering twenty-four hours in the life of the planet. The impact of Covid-19 is present throughout Life In A Day 2020 and also seems to set the tone of a film that feels more melancholic than its predecessor. Executive produced by Ridley Scott and released globally as a YouTube Original on February 6, it seems unlikely to match the impact of the original.

Macdonald and his team received 324,000 hours of footage from 192 countries, few of which are identified in the film. The chosen material shot on July 25, 2020 has been loosely structured around a typical day as it stretches from dawn’s first blink of light to sleepy bedtimes in the dark of night. Covid-19 is reflected in eeriely empty city streets, trains with no passengers, an individual disinfecting an outdoor play area, face masks, hand sanitiser and a dizzy kaleidoscope of Zoom call participants striving to stay connected.

Macdonald is determined to underline the fact that life goes on. Even in a global pandemic, there are declarations of love to be made, meals to be cooked, birthdays to celebrate, disappointments to endure and joys to share. Children come screaming into the world, dogs hare around in the great outdoors, livestock is fed, crops are sown and the future still holds promise.

One of the striking developments between Life In A Day and the tenth anniversay sequel is the way in which the whole world has become a content provider. The rise of social media platforms from Instagram to TikTok means that everyone is more savvy about documenting their lives for public consumption. The material may be slicker but the novelty of the format has faded.

The great circle of life has become overly familiar when measured in weddings and kisses, college graduations and freak weather, cherished pets and the rituals of dying. There are a few stories that thread through the film as Macdonald repeatedly returns to the life of a man made homeless by the impact of Covid-19; a cheerfully geeky fellow chasing a septet of trainspotting moments throughout the day; and, most endearingly, the preparations for a little girl’s birthday party.

The more it strays from the familiar, the more engaging Life In A Day 2020 becomes, especially when we meet a lonely man who has found new companions in the spiders who have taken up residence in the corners and crevices of his home. He has even given them names.

There are standout moments as the #BlackLivesMatter movement is caught in reportage and the testimony of a young black woman whose two brothers have both died in police custody. Death is present throughout, most poignantly in the passing of Alexander Lucas from Covid-19. Ten years ago, he was a boisterous teenager in Life In A Day and the new film is dedicated to his memory.

Life In A Day 2020 offers passages that are lyrical, images that are beautiful and lingering hope that this nightmare year may at least have provided pause for thought. More than one participant questions what needs to change and what it might take for everyone to simply be kinder to each other. It is a welcome search for some meaning in a film that often feels arbitrary.