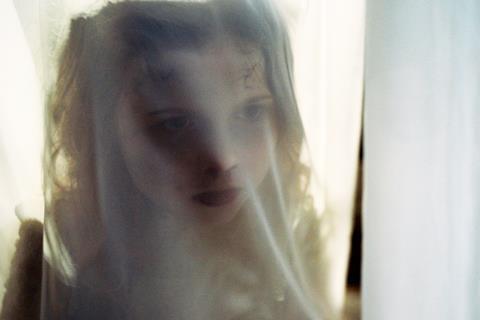 A little girl in a big house, all gloomy cavernous rooms which incrementally reveal their secrets, is visited each night by someone claiming to be her guardian angel. But the ashen child who taps at 10-year-old Leah’s (Kiera Thompson) window every evening may not have her best interests at heart. This skin-prickling supernatural story crafts an effectively airless atmosphere of uncanny melancholy. It’s the kind of horror which eschews jump scares in favour of a more subtle, gauzy sense of unease, a slow-burning discomfort that creeps up on the audience like a half-seen shadow. It’s not exactly terrifying, but there’s an oppressive sense of menace which is magnified by the high-quality performances from the two young stars, and by the nervily watchful camerawork.

The third film from actress-turned-director Ruth Platt (following the 2015 horror The Lesson and the 2019 comedy-drama Black Forest) is based on a short film, also titled Martyrs Lane. It’s a step up from her previous pictures in terms of commercial potential, as evidenced by the fact that the film has sold to genre-specialist streamer Shudder for North America, UK, Ireland, Australia and New Zealand; other deals include Italy, Vietnam and India. There’s likely to be further interest from festivals: it’s a picture which would make a credible addition to midnight-movie strands but which has an appeal which should extend beyond horror audiences. Tonally, with its emphasis on nurture and parent-child relations, there’s a kinship with films like Under The Shadow.

Leah’s home is in the vicarage, a bustling hub of the local community which keeps her father (Steven Cree) constantly occupied, ministering to the spiritual needs of his flock. Her mother Sarah (Denise Gough) is equally unavailable to her youngest child, although in her case it’s as though a curtain of sadness has been drawn which partly seals her off from the rest of the family. Leah’s older sister torments her with tales of unquiet spirits and haunted woodlands. But the family home, with its crucifixes looming from the walls, creaking floors, groaning pipes and clustered chorus of Holy Mother statuettes, is creepy enough even without the embellishment of the sister’s sinister stories. The film’s production design is terrific: without tipping over into the cliched overt horror interior — malevolent rooms full of cobwebs and malice — Martyrs Lane unfolds in a cluttered space which is somehow just a step or two removed from the comfort of a family home.

This is the latest in a long line of horror films to tap into the eerie aspects of religion and its associated iconography. Although less confrontational than pictures like Saint Maud, Martyrs Lane does still share a central conceit: Leah’s faith and devotion is what makes her vulnerable. She takes on board the passage from Hebrews which is tacked to a notice board in the church hall: “Do not neglect to show hospitality to strangers, for by so doing some people have shown hospitality to angels without knowing it.” But, it turns out, not all strangers are angels.