Put a giant strap on – literally, it’s called ‘Jack Reacher’ – for E4’s transgressive comedy Maxxx, starring O-T Fagbenle as a washed-up former boyband member alongside a barely-recognisable Christopher Meloni (Law & Order: SVU) as his former manager, a visual distillation of Tom Ford, George Michael and Clive Davis which still isn’t the most alarming part of the show. Funny, scabrous, fast, and destined for US play on Hulu, Maxxx has the distinct air of a comedian making his name and there’s nothing Fagbenle won’t mine for laughs in this British version of – language alert – ‘cuntourage’.

Christopher Meloni should clearly be congratulated on being game for such a savage spin around the dark depths of the British sense of humour.

Maxxx is produced by music video production company Luti Media, run by Luti Fagbenle (O-T’s brother) and this 6x30-minute first series is a progression of the three-part web show (or ‘Blap’) produced for All Four. It’s glitzier – supermodel Jourdan Dunn is on board as Maxxx’s ex-girlfriend – while still being grubby, firing off riffs on celebrity and race at a pace which was still brisk by the end of the second episode. The question of whether it can be maintained is probably connected with how low O-T can go after his aforementioned tryst with Jack Reacher.

Wearing Absolutely Fabulous on its sleeve, Maxxx starts out in a club so downmarket the only way could possibly be up for tabloid laughing stock and opportunistic drug addict Maxxx as he ponders his current predicament. Jourdan has left him, his three-man boyband – Boy Town – has broken up acrimoniously, and the son (Amit, played by Alan Assad) he adopted at the height of his fame is the only friend Maxxx has left on this earth. What happens, he wonders, when your name dies before your body (clearly, of advanced hubris)?

Enter, stage left, Maxxx’s cousin and superfan Rose (Helen Monks, Raised by Wolves), a girl so unhinged the singer was obliged to take a restraining order out against her back in the day. She comes on board as his social media manager and personal assistant as he desperately decides to relaunch his ‘career’. And, stage right, Pippa Bennett-Warner as Tamzin, the “alpha uterus” former head girl of Cheltenham Ladies and an Oxford University graduate who is trying to break in to the music industry as the manager of French act Le Mec. They encounter each other in the office of music mogul Don Wild (Meloni), a leathery old impresario who once managed Boy Town. “I saw them dragging you up from the bottom of my swimming pool,” gasps Don, on seeing Maxxx alive again.

Thus Maxxx is set in motion. Don owes Maxxx a favour (“I swallowed a condom of mescalin for you on the way to Burning Man!”) and charges Tamzin with bringing Boy Town back together again, a task made more difficult when one of the trio, Lucky (Javone Prince), promptly dies, giving rise to a funeral set-piece – Maxxx attends in a sequinned tux. This neatly establishes the structure Maxxx is about to take over the next five shows: soft lead-in, big bang, quick exit.

Bennett-Warner has fun with Tamzin and her middle-class uptight head-girl persona is a rich tap for fast-paced race-related gags in the grime scene. (Although, “black is a colour, not a race,” she admonishes.) Amit’s wide-eyed acceptance of his bizarre existence is a Saffy-esque spin on the straight guy while Christopher Meloni should clearly be congratulated on being game for such a savage spin around the dark depths of the British sense of humour.

Maxxx is really an awful character – no shame, no sense of right or wrong, the worst father imaginable, he’s just a heat-seeking ego in search of the fame that he lost as a way to get back together with Jourdan. But O-T Fagbenle has the charm to put him through a series of ritual humiliations, all cringe-inducing and narcissistically self-imposed. You’re constantly on the verge of feeling sorry for Maxxx, but he sabotages it every time. With O-T’s brother Luti experienced in the production of music videos for Drake, Beyonce, et al, there’s a lot in here about the scene that rings true. With or without the butter.

Maxxx starts its run on E4 on April 2 at 9.30pm with Hulu to follow later. 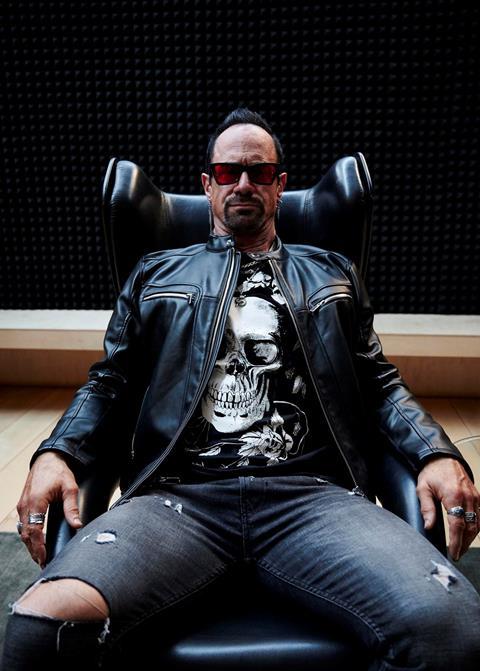