‘Me And The Cult Leader’: Sheffield Doc/Fest Review 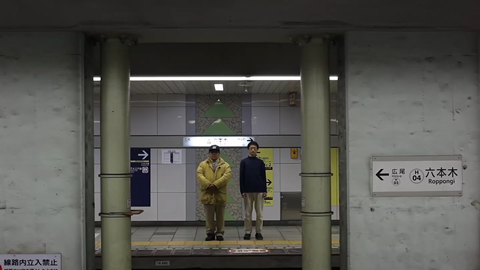 ‘The Cult Leader And Me’

A victim of the 1995 Tokyo sarin attack and an active member of the cult responsible for unleashing it spend time together in director Atsushi Sakahara’s fine, nuanced documentary, which premieres at Sheffield Doc/Fest almost two years after Aum Shinrikyo’s leader Shoko Asahara and twelve of the cult’s adepts were executed for their roles in the deadly incident. Aum Shinrikyo has since changed its name to Aleph, but Japan’s stringent freedom of conscience laws mean it’s still allowed to operate, and still recruiting.

Me And The Cult Leader shape-shifts and grows into something rich, thought-provoking and strangely affecting as it unspools.

The fact that the victim is also the film’s director, who suffered lifelong physical and mental health problems after being caught in one of the rush-hour trains that morning in March 1995, gives a special resonance to a work that is, on the most obvious level, one long attempt to understand the mindset of someone who still professes to believe in discredited guru Asahara and to defend the cult. But it also, more surprisingly, turns into a strange kind of buddy movie, as the uneasy tensions between director Sakahara’s demands for an apology, or at least an explanation, and Aleph spokesman Hiroshi Araki’s awkward refusals to give either, peel away to reveal a tense, fragile companionship between two damaged people. It’s an intriguing watch, driven by the tension of its unanswered questions, that deserves to be seen by wider audiences after its Sheffield premiere.

There’s unexpected humour at times too, some of it physical, as the short, stout, rosy-faced Sakahara shambles alongside his tall, thin, solemn-faced subject with his round wire-rimmed spectacles and priestly demeanour. It’s not just the film’s English title, with its echoes of Roger & Me, or the baseball cap that seems glued to the director’s head, that prompt Michael Moore comparisons: Sakahara seems primed, at first, to use the same jokey approach to disarm and unbalance his target. But gradually the parallels fall away. Sakahara displays his own fragility, and doubts, in a way Moore rarely does, and his cheery-chap manner comes to feel like protective armour. He still manages, however, to conjure moments of laugh-out-loud comedy: as when he suggests that the new recruiting slogan of a cult that makes its members eat bland food and sleep on hard floors should be “Join the club! It’s fun!”.

Sakahara’s film was already reportedly five years in the making when it was presented at Hong Kong’s HAF Project Market in 2018 and picked up by Hong Kong based Good Move Media, which has an output deal with Hong kong film festival’s HKIFF Collection. As Sakahara was unsatisfied with his own edit, the sales company eventually suggested that it should be recut by Paris-based editor Junko Watanabe. The move clearly paid off. Me And The Cult Leader shape-shifts and grows into something rich, thought-provoking and strangely affecting as it unspools.

The fallout of the attack for the director – problems with his eyes, tiredness, feelings of guilt and post-traumatic stress, not to mention a failed marriage – are only briefly sketched in. Mostly the focus is Araki, a man who exudes sadness and discomfort. We watch as the director – as baffled as we are by the choices made by a man who joined Aum a year before the sarin attack, is still inside 25 year later, yet says he would never have joined after the attack – tries out different approaches. Direct questions mostly elicit agonising silences and evasive answers, so Sakahara begins to explore common ground, and simply to spend time with Araki.

While travelling on trains to the countryside around Kyoto, where both men are from, they listen to music on shared earphones, visit local beauty spots, skim stones together. Araki’s stiff, robotic answers to the director’s questions gradually soften and become human as we see in his face the toll that ‘renunciation’ has taken – Aleph’s insistence that its followers sever all ties with their families from the day they’re inducted. He wipes away tears when the train stops by the station where his grandmother used to live, and Sakahara keeps probing this open wound, suggesting that Araki should go and visit his elderly parents. There are moments when the Aleph member even seems to be considering whether he should make Sakahara his new guru. He even learns how to make jokes.

Watching The Cult Leader and Me brings with it reminders of Italian Auschwitz survivor Primo Levi’s short story ’Vanadium’, in which, after the war, he makes contact with his German supervisor, a staunch Nazi civilian, at the chemical factory where he was sent to work. Here too, atonement (which is the English translation of Aganai, the Japanese title of Sakahara’s film) is not forthcoming in any real sense, and Levi realises he was a fool to hope for it. Muller, like Araki, turns out to be “a typically grey human specimen… he had tried to settle his accounts with the past, but the accounts refused to add up”.