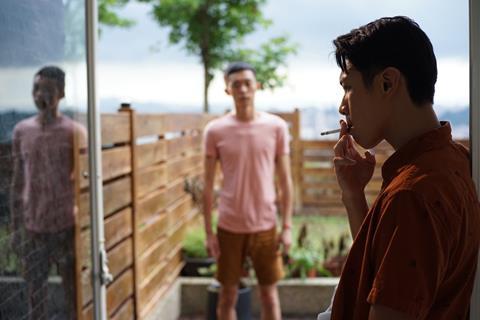 Writer-director CB Yi makes an auspicious debut with Moneyboys, a profoundly melancholic tale of a gay hustler who is unable to let go of the past. Although set in South China, it was actually shot in Taiwan with support from the Taipei Film Commission after securing mainland production approval ran aground on the ostensible subject matter. Yet, Yi is less focused on depicting sex work than exploring the impact of migration on China’s rural youth. In addition to establishing Yi as a talent to watch, the film also cements the comeback of star Kai Ko, who found fame in Giddens Ko’s romance You Are the Apple of My Eye (2011) only to be blacklisted in 2014 after being arrested in Beijing for drug possession. The actor’s immensely empathic performance as a considerate young man who denies himself happiness will surely put him on the casting lists of independently minded Chinese filmmakers, even if roles in mainland-oriented commercial fare remain off limits.

A graduate of the Vienna Film Academy where he received tutelage from Michael Haneke, Yi adopts a formal style

Screening in the Un Certain Regard section at Cannes, this elegantly framed and affectingly played drama should receive sufficient international attention for Yi to realise his stated ambitions of a trilogy. Although such LGBTQ-themed Taiwanese dramas as Mag Hsu and Hsu Chih-yen’s Dear Ex (2018) and Patrick Kuang-Hui Liu’s Your Name Engraved Herein (2020) have enjoyed box office success regionally, Moneyboys has strong global specialty prospects providing distributors can give the art-house crowd a sense of its aching tone.

A prologue introduces Fei (Ko) as a rookie hustler whose profession worries his protective boyfriend Xiaolai (JC Lin), but financially supports his family who still reside in a traditional village. When one of Fei’s clients oversteps boundaries and Xiaolai retaliates, Fei is forced to suddenly abandon his lover to avoid the attention of the law. Jumping forward five years, Fei is a more confident operator with a comfortable lifestyle in another city. Working out of his apartment, he has finessed the art of satisfying clients and is part of a close-knit social circle comprised of fellow migrants seeking to live life on their own terms.

Much of the film concerns how Fei prioritises self-imposed responsibilities at the expense of his own needs. Although his family accepts his money, a visit home to pay respects to his dying grandfather only prompts tension with relatives angered by rumours about his source of income. While there, he reconnects with Long (Bai Yufan), an impressionable childhood friend who follows Fei back to the city and pursues a relationship, with Fei obliged to adopt the protector role. There is also a belated reunion with Xiaolai, to whom Fei feels perpetually indebted, but his true love has since moved on.

A graduate of the Vienna Film Academy where he received tutelage from Michael Haneke, Yi adopts a formal style. Limited camera movement by cinematographer Jean-Louis Vialard and minimal cuts from editor Dieter Pichler serve to accentuate the precisely staged interplay between Fei and those in his orbit as he aims to please everyone yet holds back emotionally, even during intense intimacy. It’s a visually sophisticated first feature that allows revealing group conversations and heated confrontations to play out in uninterrupted takes without ever becoming static.

In addition, sharply designed city interiors and beautiful provincial locations illustrate the growing chasm between urban and rural China which Fei endeavors to straddle. Fei’s in-between state is represented by his apartment which is a transactional space with tastefully impersonal décor but also has a roof garden that provides a semblance of the environment he grew up in and is still drawn to.

Within the rigorous aesthetic, a fully invested and entirely natural cast ensure that the proceedings never feel overly austere. Ko holds attention throughout, with delicate flickers of the vulnerability on display in the early scenes still evident once Fei has cultivated a cosmopolitan identity. It’s a quietly searing performance which shows the pain of having expressions of filial piety ignored on the basis of traditional attitudes to homosexuality, while also detailing the enduring impact that Xiaolai’s devotion has had on Fei’s behaviour and conscience. Ko also has natural chemistry with the irrepressibly charming Bai, who brings a sense of unabashed playfulness and much needed warmth as a besotted fellow villager eager to embrace a new lifestyle – if not necessarily as naïve as he first appears.

Moneyboys may offer a narrow view of migration given that risky sex work is positioned as the alternative to toiling in the service sector or in a factory, but it certainly captures a particular experience and the personal conflicts that arise from it. And an extended nightclub scene in which Long cajoles Fei into dancing unselfconsciously to Thai singer-songwriter Phum Viphurit’s blissful indie-pop proves Yi has a knack for bringing evocative elements together to bittersweet effect.