Frederick Wiseman heads to Trump’s heartland for another probing documentary 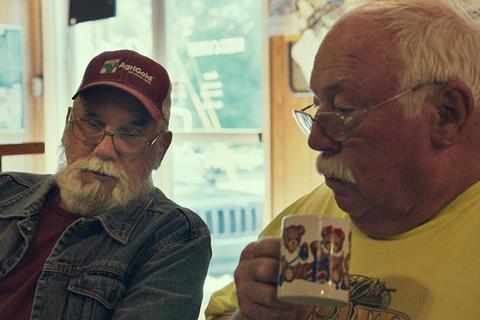 Eighty-eight-year-old documentarian Frederick Wiseman is too much of a purist to explain himself with captions or voice-overs, but a quick Google search reveals that Donald Trump won the backing of more than three quarters of voters in the rural Indiana country that is the setting of his latest slow-burn portrait of American life. The veteran director, in other words, is following in the footsteps of reporters sent from either coast by rattled editors who felt their publications had somehow misread, or simply ignored, the mood of the mostly white, lower income part of Middle America that swung the 2016 election in Trump’s favour. Unlike many of those news hounds, however, Wiseman settles in and spends time with his chosen community – Monrovia, a farming town in Morgan County with a population of just 1,063.

The result is a quieter, more sombre, less immediately engaging film than Wiseman’s last, Ex Libris, with its urgent questions about culture and education in contemporary America, or his vibrant 2015 multi-ethnic city portrait In Jackson Heights. (Monrovia is about as far as you can get from that melting pot: we see four black people in the entire two hours and twenty minutes, and a slow pan over cemetery gravestones reveals one good old Anglo-Saxon surname after another). But in its austere way, this is classic Wiseman, a film that takes us into the heart of a community and reveals its inner workings, comforts, fractures and traumas.

It’s also a fine example of the way the director sculpts and moulds his material to create an arc that is both dramatic and poetic. A rapid scene-setting montage at the beginning places the vieweer squarely in Midwestern farming territory with its silos, cattle and neat clapboard houses, but more subtly, shots of fallow fields and mechanical tilling also reveal that this is crop-sowing season. By the end we will have witnessed a harvest, of sorts.

As always, Wiseman never goes behind domestic walls. His films are about places where people come together – like Monrovia Christian Church, where we hear a pastor paraphrasing Genesis by telling a Bible class that when God started, “this whole thing was perfect – but we messed it up”. The local high school, a barber shop, a café where retirees shoot the breeze about health issues and who just died, a local council committee meeting where a county advocate of the town’s residential expansion is given a cool reception, the Dawg House pizza emporium, the local Masonic lodge – these and other public, commercial, religious and club spaces build a picture of Main Street 2018. It’s a very different place from the Bedford Falls of Capra’s It’s a Wonderful Life, with its warm community glow. It feels bewildered, cast adrift.

It’s remarkable how much of the talking in the film is done by single speakers addressing mostly silent listeners – preachers at weddings and funerals, teachers at school, a fast-talking mattress salesman, Masonic brethren in silly hats fumbling their lines as they present an awestruck septuagenarian with a medal commemorating fifty years of service. There’s not even any chit-chat at the barber’s. Only in a gun shop and at the Café on the Corner with its fake-wood vinyl wallpaper do we hear a few awkward conversations, between men, about cancer therapy or bullet calibers (women don’t seem to get together much in public in this town).

At a vintage car show, a cowboy-hatted exhibitor holds court about the entire history of his car ownership from age 15 while his companions simply soak it up. Even at a council meeting about water issues – during which it becomes clear that since the network is not publically owned, the town is not allowed to use mains water for its fire hydrants – speakers simply say their piece rather than engaging in meaningful dialogue.

Monrovia, Indiana builds a picture of a place where tasks are repetitive and often mechanised, whether it be prepping pizza at Dawg or nurturing crops by spraying them with liquid ammonia. Cute artisanal tie-dye garments and New Age herbal remedies may be on offer at the town’s September festival – but the latter come with a smooth sales spiel, and nearby is a stall decked with t-shirts bearing 2nd Amendment slogans like “84,999,989 firearm owners killed nobody yesterday”.

There’s sympathy too in Wiseman’s eye and edit. It may (perhaps inadvertently) be one of his saddest films in years, but Monrovia, Indiana is also curious and respectful. A remarkable, uncut scene near the end presents a pastor’s affectionate but also strangely coercive funeral oration for a local wife and mother in its entirety. It’s here that we realise just how close-knit this community is, how invested in an afterlife that is presented as home ownership, at last, after the temporary, rented accommodation of this imperfect world.  Wiseman’s film presents a lost tribe, partly subjugated by machines, that is desperately trying to hold on to the old familiar symbols that give life value and meaning. Whether that explains why Hillary was so roundly beaten here is moot, but Wiseman’s explanation is far more nuanced than a newspaper feature.