Tony Leung jumps in to the Chinese monsterverse with gusto, and has already helped it break records 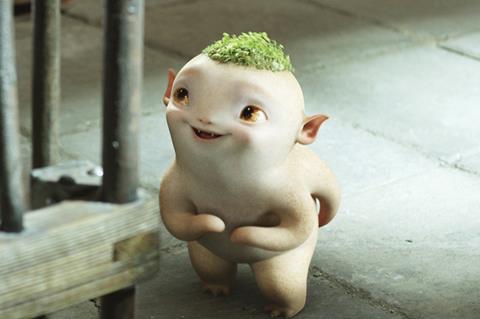 When a Hollywood sequel needs a boost of star power, the major studios can call on the commercially potent ‘franchise Viagra’ that is Dwayne Johnson. Based on Monster Hunt 2, the Chinese equivalent of ‘The Rock’ in this respect is Tony Leung Chiu-wai, since the actor’s irresistible charm is one of the main reasons that this sprightly follow-up to 2015’s surprise fantasy blockbuster is considerably more enjoyable than the cluttered original.

Evidently in an easygoing phase of his career as he filmed this between frivolous romantic-comedy See You Tomorrow (2016) and upcoming caper Europe Raiders (2018), Tony Leung is a delight throughout

Given that its predecessor was China’s biggest grossing film of all time, before being surpassed by The Mermaid (2016), then Wolf Warrior 2 (2017), such presumably expensive star insurance on top of a heavy visual effects outlay may seem unnecessary. Set in an ancient past where humans and monsters co-exist, Monster Hunt was such a phenomenon that unofficial dolls of its cute, radish-like baby creature Wuba were hurriedly produced in vast quantities to meet unanticipated overnight demand. However, since its box office triumph, Monster Hunt has been tainted by the stigma of falsified ticket sales while the taste of China’s multiplex audience changes so quickly that a sequel is never a sure thing.

Now that Monster Hunt 2 has set a local opening day record with takings of $85 million in a reportedly cleaned-up ticket market, it’s fair to say that sequel fatigue has been averted and that this is now a bona fide series. With its simple message that family should stick together, this entry will strike a chord through the Lunar New Year holidays, likely topping the original’s total by the end of its run. Possibly having taken notice of international criticism leveled at the first film’s elaborate world building, director Raman Hui and his writing team have streamlined the narrative while jettisoning the questionable jokes about serving up monsters as gourmet dishes. These adjustments may help Monster Hunt 2 fare reasonably well overseas, while the presence of Wong Kar-wai’s favorite leading man could pique curiosity.

The story picks up with Wuba, the heir to the monster kingdom, back in his world, while his human parents, Xiaolan (Bai Baihe) and Tianyin (Jing Boran) are trying to develop their careers as monster hunters by ingratiating themselves with the Monster Hunters Bureau. When a new dark lord arises and declares his intention to get rid of Wuba, the innocent tyke is forced to go on the run again and hooks up with compulsive gambler Tu Sigu (Leung), who owes so much money around Clear Water Town, he has to don a disguise to play mahjong.

Tu’s arc is similar to that of Xiaolan and Tianyin in the original as after almost selling Wuba to cover his debt to the domineering Lady Zhu (Li Yuchun), he instead finds himself warming to the little monster, despite his generally self-centered nature. Meanwhile, Xiaolan and Tianyin are searching for their son having realised he is in trouble through Xiaolan’s vivid dreams, which puts them at odds with the formidably skilled Brother Yun (Yo Yang) of the Monster Hunters Bureau who maintains that all undocumented monsters must stand trial if they want to remain in the human world.

Although these story strands receive roughly equal attention before converging in Clear Water Town, the exploits of the shameless Tu are more entertaining than those of the moralising Xiaolan and Tianyin. Evidently in an easygoing phase of his career as he filmed this between frivolous romantic-comedy See You Tomorrow (2016) and upcoming caper Europe Raiders (2018), Leung is a delight throughout. Whether bantering with his mostly animated co-stars, posing as a magician’s assistant in a tiger costume, or being subjected to tickle torture by one of Lady Zhu’s henchwomen, he’s cheekily playful yet completely respectful of the world that has been constructed around him.

This ancient time was rather messily rendered in the first film wherein the pantomime sets sometimes clashed with variable CGI, but this sequel is a noticeably smoother effort. Special effects are more organic as humans and monsters appear to share the screen, often in disarming fashion, while production design is lively, especially the casino sets that are used for chaotic chase scenes once Tu’s fellow players realise who is behind the false moustache and rubber nose. The action sequences have an energetic, knockabout Hong Kong quality with editors Cheung Ka-fai and David Richardson making sure that the colorful spectacle is never too maddening to follow.

Set to Leon Ko’s jaunty score, it all moves at a zippy pace with plenty of toilet humor to amuse youngsters while grown-ups will get awkward laughs from watching Xiaolan’s gently flirtatious manipulation of an oddball weapons inventor (Da Peng) result in a full-blown, unrequited crush. There are less gender reversal jokes this time as the docile Tianyin develops his skillset and the fearless Xiaolan finds her maternal instincts coming through, although she is still responsible for their relationship’s forward momentum.

It’s not until the end credits roll that one realises that Monster Hunt 2 is essentially an amiable detour in a bigger story, or enterprise, since Wuba is no closer to fulfilling his destiny. Yet when you have a star of Tony Leung’s magnitude selling out with such panache, it seems churlish to complain.