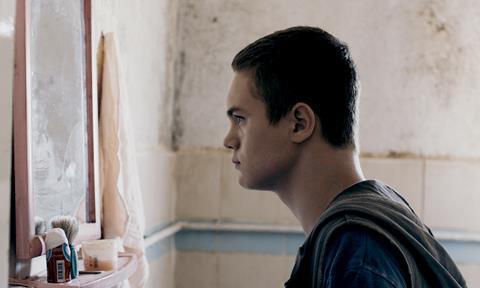 In his directorial debut, Turkish actor Onur Saylak takes a young boy’s coming of age and frames it as a searing morality play. Though touching on themes of sexual exploitation and the ongoing refugee crisis, More is fundamentally interested in the timeless question of nature versus nurture. Can a bright and sensitive young man, the film asks, ever stand to flourish when every other influence in his life pushes him to become a brute?

Adapted from author Hakan Günday prize-winning novel of the same name, More takes a hard-nosed approach when answering that central query. Saylak’s status as popular TV heartthrob and Günday’s literary renown should prompt greater curiosity than usual for a first-time film from an unseasoned director, but that publicity will come with a certain cost. Those already familiar with the text will know to expect a narrative that doesn’t shy from humanity’s ugliest aspects, and that might turn engaged filmgoers into a fairly self-selecting bunch.

Fourteen-year-old Gaza (Hayat Van Eck) lives along the Aegean coast with father Ahad (Ahmet Mümtaz Taylan) and together they run a grotesquely successful trafficking operation, taking in the seemingly endless supply of refugees and abetting their transit to Europe. The older man does so without a hint of altruism, treating his human cargo as merchandise, keeping them locked in a grimy basement and pimping the women out to earn some extra cash or to satisfy his own impulses.

Gaza – at least at the film’s outset – is not wholly a chip off the old block, and he tries to treat the refugees as humanely as possible while studying for the academic qualifying exam he knows will be his ticket to a better life.  Though he too longs to flee, the death of a child under his watch and his growing integration into his father’s social circle conspire to keep him in place.

The young Van Eck is particularly well cast, equally believable conveying his character’s good-hearted innocence and wild-eyed rage later down the line. Saylak finds inventive visual motifs to mark the young man’s induction into a violent adulthood, including a small tattoo on the back of Gaza’s neck that expands outward as the film goes on. The script, co-written Saylak and Dogu Yasar Akal, doesn’t treat Gaza’s final destiny as a fait accompli, creating situations where the audience genuinely doesn’t know how the adolescent will react, and in turn, how those reactions will shape his path forward.

Because the very refugees are the ones funding Ahad’s business, they are essentially paying for their own imprisonment. And because the sheer amount of them allows his business to thrive, Gaza is as much their prisoner as they are his. And though the film navigates this ethical paradox with deft nuance, it depicts a number of instances of sexual and physical violence with blunt force, so much as to cause several walk-outs at the film’s first Karlovy Vary screening.

Ironically, More tackles the ugliness of the world with a beguiling technical package. Cinematographer Feza Çaldiran bathes every shot in rich, vibrant colour, and special credit to sound editor Cenker Kökten’s layered soundscapes.  Finally, the film makes great use of the Turkish landscape. The region’s sweeping mountain vistas and moody blue sea are like characters themselves—perhaps the most appealing ones of all.