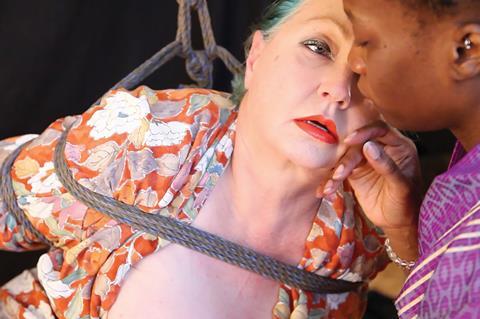 Morgana opens with its subject willingly posing in a grave, from which she arises physically and emotionally.

Appearing at Fantasia after its tour of the Australian festival circuit, Morgana is a fast-moving, well structured documentary that engagingly unpacks Muses’ later-in-life career, success and impact, plus the reasons behind its the drastic change. It should continue to attract attention going forward, with remake potential as a biopic.