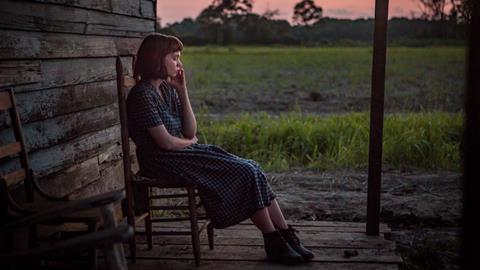 Set during and immediately after WWII, Mudbound follows the entangled lives of two families—one white, one black—on a single farm in rural Mississippi. Based on the bestselling novel by Hillary Jordan and directed by Dee Rees (2011’s Pariah), Mudbound is full of strong performances, singular moments, and a heavy heart, but it’s an over-ambitious affair that struggles to find the right balance between its many characters.

Mudbound starts with great promise, and its central setting—a waterlogged and mud-soaked farm, which struggles to yield any crops—is a fitting metaphor for the sinking hopelessness of racial harmony in the U.S

Featuring an excellent cast, including Carey Mulligan, Garrett Hedlund, Mary J. Blige, and Jason Mitchell (Straight outta Compton), and conveying a powerful message about prejudice, Mudbound is bound to find a core audience. But it’s not the Sundance breakout that many were hoping it would be.

Mudbound begins as two adult brothers, Henry (Jason Clarke) and his younger sibling Jamie McAllan (Hedlund), attempt to dig their father’s grave in the wet, muddy ground on their farm amidst a rainstorm. The film then flashes back to tell the discomforting tale of how they got there.

When the hard-working Henry moves his wife Laura (Mulligan) and kids from Memphis to rural Mississippi with the hopes of building a successful farm, they encounter Hap and Florence Jackson (Rob Morgan and Mary J. Blige), who come from a generation of sharecroppers who have worked the same piece of land. When WWII breaks out, the Jackson’s oldest son, Ronsel (Mitchell), is recruited to fight in a tank brigade overseas, while Jamie struggles as a bomber pilot in the air force. After Jamie and Ronsel survive the war, the two shell-shocked veterans return home and forge an unlikely friendship in the Deep South that promises to upend all of their lives.

Written by TV scribe Virgil Williams (ER, 24) and Rees, Mudbound tells its novelistic story through narration by several characters. Sometimes, we enter the perspective of Laura, Henry’s dutiful, but educated wife, whose voiceover passages are among the highlights (“I hadn’t always enjoyed lovemaking,” she reveals, “but it made me feel like a true wife.”) At other times, we hear Florence or Hap’s thoughts, each of whom may exude obedience on the outside, but are deeply conflicted on the inside and yearn for more for themselves and their family.

Such moments give us insights into the many characters, but they also make Mudbound a bit muddled, particularly in the first half of the film, where it feels like this might be a story about Laura and Hap, or even Laura and Florence, two mothers willing to sacrifice for their families (Mulligan and Blige thoroughly convey such struggles). Any of these plots would have been fine, and any of the actors are up to taking the reigns of the story.

But it’s more than halfway into the film where it becomes clear that Mudbound is mostly about Jamie and Ronsel. It’s a good thing, too, because actors Hedlund and Mitchell are eminently watchable—Hedlund, playing a suave and traumatised drunk; Mitchell, full of pent-up anger and frustration that’s always bubbling under the surface. The scene in which the two vets first bond on a car ride—where suspicion and racial division slowly gives way to mutual trust—is one of the movie’s best. But it’s a long time to wait for it, and it’s a long time to build to the painful and gruesome climactic payoff, in which these two newfound brothers are squashed by their surroundings.

Mudbound starts with great promise, and its central setting—a waterlogged and mud-soaked farm, which struggles to yield any crops—is a fitting metaphor for the sinking hopelessness of racial harmony in the US. Indeed, the film successfully captures the intricate and difficult interdependence of these black and white families, who are willing to care for each other at certain points, but are forbidden to cross the line that ultimately and irrevocably separates them.