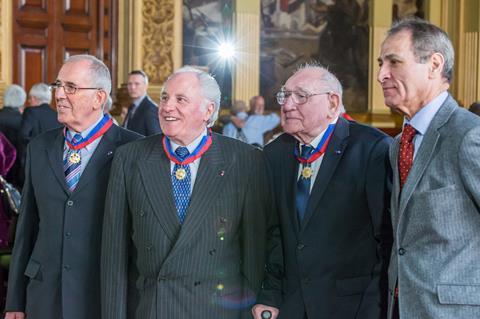 In September 1973, a military coup against the-then Chilean president Salvador Allende caused outrage around the world. Airstrikes, using British built Hawker Hunter planes, targeted the presidential palace and the president was killed. The armed forces, led by General Pinochet, embarked on what was subsequently described as state sanctioned terrorism against the people of the country. On the other side of the world, a group of engineers at the Rolls Royce plant in East Kilbride in Scotland took action and refused to work on the Chilean jet engines which had been returned for servicing. This heartfelt but slightly laboured documentary reunites the Scottish workers to reveal to them the impact of their act of solidarity.

The kind of stirring tale of workers’ uprising that feels ripe to be dramatised by Ken Loach and Paul Laverty, there is something rather heartening in this appreciation of a group of decent men who acted as their consciences dictated. It is, however, a story which is overstretched at feature length and specific in its appeal. The key audience will be in Scotland – the film premieres in the closing night slot of the Glasgow Film festival. Going forward, it could enjoy some further festival exposure, being particularly suited to events which are left-leaning and deal with themes of political activism and workers rights.

This is clearly a very personal project for writer, director and producer Felipe Bustos Sierra: the son of a Chilean journalist who was exiled to Belgium, he now lives and works in Scotland. The film benefits from the warmth he brings to his interactions with the now-retired men of Rolls Royce. Key among the men is nonagenarian Bob Fulton, a firebrand shop steward in the 1970s whose idea it was to protest the brutal coup. Also memorable is Stuart Barrie, formerly an engineer and now a poet who offered a bespoke verse as one of the rewards for the crowdfunded completion budget of the film.

Sierra also tracks down and interviews several Chileans who had a personal involvement in the events of 1973, many of whom, although not all, fell foul of the draconian actions of the military junta.

A device which is leant on quite heavily is showing the interviewees footage or sound recordings and then recording their reactions. Thus, in an unexpectedly emotive moment, the Chileans are played a recording of Allende’s final broadcast. The Scots, meanwhile, are shown the accounts of the routine torture meted out by the military and messages of thanks (“That’s smashing,” says Barrie of the latter, before adding that thanks are really not needed). It is suggested, but not proven, that the action by the Rolls Royce workers contributed to the release of seven high-profile prisoners who might otherwise not have survived.

In the absence of verifiable results however, the film leans instead on footage of the men being awarded medals by the Chilean ambassador in recognition of the principled stand they took. It’s a heartening moment, but, despite the best efforts of a swelling score, perhaps not the dramatic conclusion that the filmmakers were clearly hoping for.