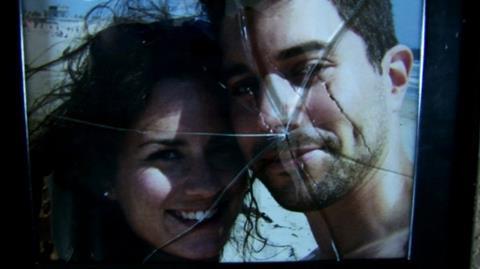 A cleverly marketed mock-nonfiction thriller that unfolds with no opening or closing credits, only a title card thanking the families of those glimpsed onscreen, Paranormal Activity works best as an experiential exercise in shared skittishness.

Studios have for years been trying to seize upon and exploit the same viral, is-it-real? promotional scheme that Artisan Entertainment used to propel The Blair Witch Project to a nearly $250 million worldwide gross. Many movies have copycatted the format and low-fidelity style, with most, like The St. Francisville Experiment, never escaping the festival circuit. With its $88m domestic gross to date against a sub-$15,000 production budget, Paranormal Activity now stands as most profitable film ever made based on return-on-investment calculations.

The story concerns a suburban couple, Katie (Featherston) and Micah (Sloat), who, having recently moved in together, find themselves besieged by increasingly intrusive nighttime visits from an unseen and possibly demonic presence. As night-time eeriness is captured by a camera set up by Micah, further conversations reveal that Katie has been experiencing such hauntings for nearly two decades, since before her house burned down as a child.

Using the genre’s typical first-person camerawork (see Cloverfield, REC, et al), writer-director Oren Peli trades in escalating uneasiness more than jump-scares. The dramatic hold of the couple’s arguments over how to best deal with the situation eventually starts to wane, and the back story fails to satisfy in any conventional way.

But what’s interesting here is the way in which Peli consistently wrings deep-focused dread from a narrow hallway outside the couple’s bedroom. Screen acting novices Featherston and Sloat, meanwhile, convey a believable, lived-in romantic rapport.

While transferred to 35mm, the movie still retains a basic handcrafted look and sound mix - the latter seemingly captured from in-camera microphones, if definitely embellished with stereo effect - that lend the story authenticity. Divorced from a collective viewing experience, though, the movie’s punch is diminished.