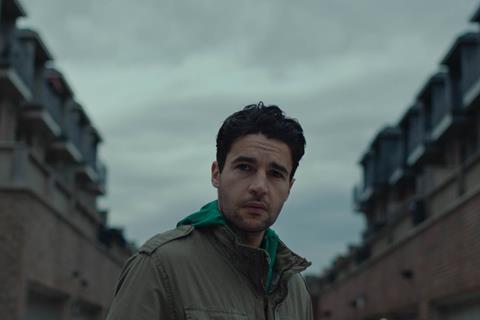 The second feature film from Brandon Cronenberg is a lurid sci-fi thriller which brings a distinctive giallo-futurism to a tale of a woman who inhabits the minds of others through brain implant technology. Effectively a cross between a contract killer and a puppeteer, she takes control of the ‘host’ in order to carry out what appears to be a murder-suicide to anyone not in the know. But the job takes its toll on her own mind, and her latest assignment, in the body of a man about to marry an heiress, turns into a mental battle with a spiralling death toll. Possessor is ultra stylish and uber violent, but, despite a top tier cast, it’s not always entirely clear what is going on and who is in control of the finger on the trigger.

It’s the atmosphere, rather than the slippery and enigmatic facts of the story, which will likely leave the strongest impression on audiences

That lack of story clarity is not necessarily an insurmountable problem, however, as Possessor is a film which achieves a great deal on the strength of its mind-melting visual impact and its elegantly cruel atmosphere. Elements of The Machurian Candidate combined with a lascivious abandon when it comes to scenes of violence should make this a notable fixture in Midnight strands in further festivals. With critical support and careful marketing, the picture could hit a tricky theatrical sweet spot between arthouse and horror. It certainly represents a step up in terms of ambition from Cronenberg’s debut Antiviral.

What’s particularly impressive here is the quality of performances across the board. As Tasya Vos, top agent for a secretive organisation catering to the murderous needs of high-paying clients, Andrea Riseborough is unnerving and effective. There’s an animalistic, predatory quality to her pale gaze; her humanity has been whittled away by the extreme nature of her work. On the way to reconnect with her son and his father after an assignment, she rehearses small-talk and pleasantries, wearing her own former personality like a costume for a character.

Jennifer Jason Leigh, playing Tasya’s handler and boss Girder, is equally unsettling. “I can’t have my star performer falling apart on me”, she purrs to Tasya, her fingers twitching involuntarily as if clenched around an invisible neck. It’s a chilling little gesture which hints that Girder is well-aware that Tasya is rather too good at certain aspects of her job. In a memorable cameo role in the film’s opening, Gabrielle Graham also makes an impact.

Tasya’s next assignment is to take control of the mind and body of Colin (Christopher Abbot), the fiance of Ava (Tuppence Middleton). The contract has been taken out by Ava’s step-brother; the victims – Ava, her father John and ultimately Colin – stand in the way of his inheriting the whole of John’s lucrative business empire. But from the beginning, something doesn’t sit comfortably. Tasya struggles to maintain control.

Cronenberg unleashes a battery of creepy metaphorical visual effects, showing dissolving faces, gaping eye-sockets and flayed skin. There’s also vast quantities of blood, spreading like crimson butterfly wings around the bodies of the collateral victims of Colin/Tasya’s itching and indiscriminate cleaver (or steak knife, or whatever else comes to hand).

With its alienating, almost abstract cityscape backdrop and a colour palette which drenches the story in unnatural blues and vivid reds, the picture looks terrific. The woozy score, by Jim Williams, adds to the prickling atmosphere. And it’s this atmosphere, rather than the slippery and enigmatic facts of the story, which will likely leave the strongest impression on audiences.