A hot summer, if not a film 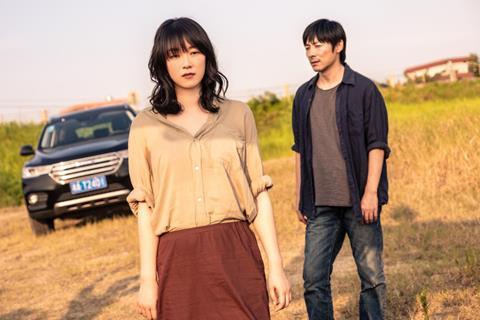 Zu Feng’s crime drama Summer of Changsha supposedly takes place over a torrid season in China’s Hunan province. But, for an investigation story that starts off promisingly with a severed arm, and the promise of more stray limbs to follow, this is a disappointingly lacklustre affair whose procedural thrills get increasingly bogged down in a morass of tepid psychodrama, with transcendental trimmings.

The debut feature by actor Zu Feng (a Chinese TV regular whose cinema work includes Lou Ye’s 2012 Mystery) premiered at Cannes, although the cast and crew were prevented at the last minute from attending, due to the often euphemistic ‘technical reasons’ cited by the Chinese authorities. But it’s unlikely that the film – with a heavy quotient of Buddhism and, indeed, of the supernatural – will ruffle many feathers, or even make that much of a dent on the festival circuit.

The director himself plays protagonist A Bin, a police detective in the city of Changsha who intends to resign from his job because he is having trouble healing the psychic scars left by his depressed girlfriend’s suicide. Early on, he is approached by Tingting (Zhang Qianru), the newly-dumped ex of A Bin’s boorish partner Lei (Chen Minghao), who has him in mind as a likely replacement.

But the summer will mostly be spent unravelling the mystery of a severed arm found in the city’s river. It apparently belongs to a missing man whose sister, hospital doctor Li Xue (Huang Lu, from Blind Massage and Suburban Birds), recounts a dream in which her brother told her where his further remains could be found – and that’s exactly where they turn up. A Bin doesn’t reach the obvious conclusion that Li Xue has had a hand in her brother’s death, but seems to take her dream story at face value – and spends much time musing on Tetralogy of Fallot, the disease that afflicted Li Xue’s daughter, dead in tragic circumstances.

As it emerges that grieving and guilt unite cop and doc, the film focuses increasingly on A Bin’s inner agonies as he spends as much time tending his burden of pain as he does unpicking his case. As the film’s star, Zu Feng registers as a monotonously lugubrious presence, while as director he proves unable to pursue the crime drama with any real sense of urgency. Admittedly, we’re told that the drama is unfolding over a baking hot summer, but apart from the odd shot showing A Bin with a sweaty brow, the film never evokes any convincingly balmy atmospherics, and the one burst of action, a chase and fight sequence, is dismayingly inert.

Stylistically and thematically, the film comes seriously off the rails in the second half, with A Bin and Li Zue making out with risible abruptness in a car in the rain, with a later melodramatic surge compounded by an out-of-nowhere dream sequence. Apart from the odd incongruous touch of expressionism, the cinematography and design are for the most part drably functional. A distinct streak of casual misogyny in the treatment of female character Tingting is another minus, while the eventual turn towards an unconvincing spirituality is compounded by a lachrymose piano-centred score.