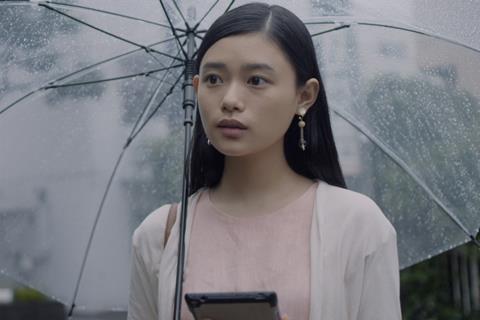 The third film in the series, this collection of five short films set a decade in Japan’s future follows Ten Years Thailand (2018) and Ten Years, the 2015 Hong Kong-set original. Unusually for a portmanteau structured film, the quality here is both consistent and generally high; the approach is pensive and restrained. And while the themes – over-population, over-consumption, environmental collapse, technology and social order – are sci fi staples, the emphasis on human connections gives the picture relatability and appeal.

Tonally, the films harmonise; there is an emphasis on ideas rather than showy directorial pyrotechnics

Unlike Ten Years Thailand, which wheeled out art house heavy hitters such as Aditya Assarat, Apichatpong Weerasethakul and Wisit Sasanatieng, the writer-directors here are younger, less established talents. The most prominent Japanese filmmaker involved is Hirokazu Kore-eda, who serves as an executive producer. And while the lack of name recognition among the directors robs the film of one marketing angle, it does make this a valuable showcase for anyone looking for promising new voices in the region. It’s also worth noting that this collection redresses the gender bias in the two previous films: three of the five filmmakers are female.

The visions of the future strike a balance between universal concerns and issues which are specific to Japan. The problem of the country’s ageing population is foregrounded in the first of the films, Hayakawa Chie’s quietly powerful drama Plan 75. In it, a man whose job it is to sell ‘population management’ (essentially voluntary euthanasia) to the elderly is forced to confront the personal cost of the practise.

Technology takes a centre role in both of the second two pictures. The first, Mischievous Alliance by Kinoshita Yusuke, unfolds in an education system in which all children are fitted with personal cameras and earpieces into which instructions are broadcast. Kids who rebel or attempt to bunk off are punished with an ear-shredding blast of music. Despite the totalitarian approach to education, three children manage to rescue and release a horse which is due to be put down.

Tsuno Megumi’s film, Data, is perhaps the strongest of the collection. In the Japan of the future, the film posits, the online legacies of the dead are owned and packaged by the government. A girl manages to get access to the cache of information left by the mother she never really knew, and begins to suspect that her lost parent had a secret. Of the five films, this is the one which feels complex enough to be further developed, perhaps into a feature screenplay.

The fourth film is Fujimura Akiyo’s The Air We Can’t See, an impressively designed dystopian vision which plays out in a community which lives underground, sheltering from the poisonous air above. And finally, For Our Beautiful Country by Ishikawa Kei takes place in a time in which the military draft has been reinstated. The story, an encounter between a brash young executive and the veteran designer whose poster campaign has been rejected by the authorities, is delicately observed and sensitively acted.

Tonally, the films harmonise; there is an emphasis on ideas rather than showy directorial pyrotechnics. The low key, thoughtful approach across the board means that the film is unlikely to create anything like the same level of controversy – or column inches – as the first collection, which was politically controversial in Hong Kong yet enormously popular in its view of a life after Chinse rule, and went on to win at the Hong Kong Film Awards.