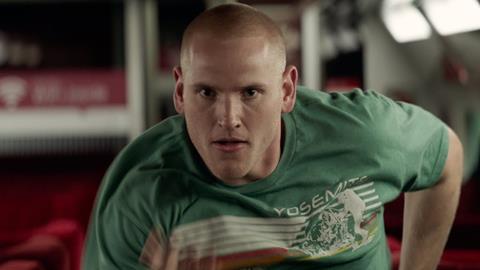 Sluggish and slight, The 15:17 To Paris is thematically aligned with Clint Eastwood’s more recent, better films American Sniper and Sully, but the Oscar-winning director throws in an added wrinkle: in telling the story of three American heroes who helped avert a terrorist attack on a Thalys train in 2015, he has cast the actual men to play themselves. Unfortunately, this intriguing docudrama gimmick ends up backfiring — not just because participants aren’t particularly dynamic, but also because the filmmaker’s potentially novel, counterintuitive narrative approach to the material proves enervating as opposed to engrossing.

Opening February 9 in the UK and US, this Warner Bros. release will need to cater to Eastwood fans in order to mitigate the fact that 15:17 doesn’t sport much star power in front of the camera. Superficial similarities to other terrorism true stories such as United 93 exist, but despite an ad campaign that plays up the action-thriller stakes, the movie is actually rather low-key — precious little of the story occurs on that fateful train — which may dampen word-of-mouth.

15:17 introduces us early on to Spencer Stone, Alek Skarlatos and Anthony Sadler, three lifelong friends who met up in Europe in the summer of 2015 for a transcontinental holiday. All in their mid-20s, they play themselves, with actors portraying them as boys. Soon, we’ll learn how they became friends and trace the developments that brought them to that Thalys train ride, where they will square off against a heavily armed Moroccan terrorist.

Running just over 90 minutes, 15:17 devotes perhaps 10 minutes to the actual attack, which Eastwood films with gritty, raw intensity. The bulk of this leisurely film, written by Dorothy Blyskal from a book co-authored by the three men, is about the bond between Spencer, Alek and Anthony, who are depicted as ordinary Americans thrust into an incredible situation. But 15:17 focuses on Spencer, who has been raised by a God-fearing single mother (Judy Greer) and is infatuated with war from an early age. Wanting to serve in the military so he can save lives, he flunks out because of depth-perception problems, among other issues, leaving him with a need to find some other purpose to give his existence meaning.

It’s a sign of Eastwood’s clout that he managed to make a studio film without stars, and there’s an undeniable superficial fascination in watching these non-actors re-enact their lives in the lead-up to the train attack. But while all three men lend modest charm and obvious authenticity to the proceedings, they don’t have much onscreen presence. The stiffness in their line readings is only undescored by Eastwood’s usual preference for a stripped-down naturalness that gives these amateurs nowhere to hide. It seems that the director has encouraged his non-actors to improvise some of their dialogue, presumably in the hopes of emphasising the story’s realism, but the film fails to engage us in their meagre character arcs — even though we know they have a date with a terrifying ordeal.

Also unconventional is Eastwood’s decision not to base the entire film around the train attack. 15:17 has an almost experimental quality to it: Rather than being captivated by white-knuckle tension, we’re meant to get to know these friends as young men struggling to find themselves, with the attack coming in the final reels and serving as a random, harrowing incident. Before that attack, there’s nothing particularly momentous about these characters, which is Eastwood’s point — life-or-death situations can happen to anyone. But rather than draping his heroes in everyman glory, the filmmaker leaves them seeming dull— even their rapport with one another, which would seem to be a given, is faint and wooden.

Greer and Jenna Fischer (who portrays Alek’s mother) are trapped playing supportive-parent clichés, but even worse is Eastwood’s generally melodramatic tone, which drowns the actors in soggy sentiment. When the terrorist attack occurs, Stone is the most persuasive of the three men — perhaps because he had the most to do in the actual incident — and he’s muscular and compelling. But on the whole, 15:17’s slavish adherence to reality ends up arguing that, sometimes, a little Hollywood phoniness can go a long way.