‘The Art Of Living In Danger’: Sheffield Doc/Fest Review

A look inside the struggle against domestic violence in Iran 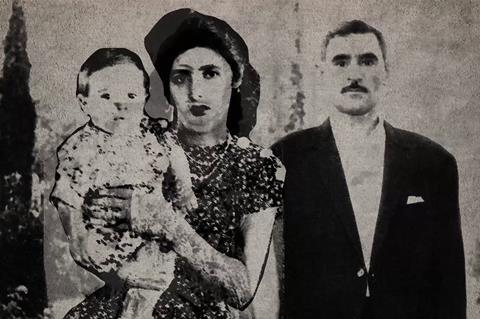 ‘The Art Of Living In Danger’

Resilience and bravery in the face of injustice and oppression are not just the subject of Mina Keshavarz’s latest feature, about a Teheran-based women’s group dedicated to highlighting the issue of domestic violence in Iran. They’re also part of the fabric of a film which is shot, at times, guerilla style, from car windows, or from opportunistic angles in the street, as they demonstrate outside parliament and take their message into the rural provinces.

The Art of Living Dangerously is an extended remix of Silent Screams, a 52-minute documentary which aired on the German and French Arte channel in July 2019 (while back in 2018, when it won the MipDOC International Pitch prize, the project, both in its long and short versions, was known as Breaking the Silence). After its Sheffield premiere, this energetic 85-minute feature is likely to enjoy the same respectable festival run as the Iranian director’s previous full-length documentary, Braving the Waves (2016), another story of female empowerment in her home country.

If the TV version focused purely on the struggle of women activists, in collaboration with a group of female lawyers, to persuade their country’s parliament to introduce a law that criminalises domestic violence, this feature length documentary spends more time with its protagonists, digging into their life stories and own experiences of abuse. It also introduces an elegiac personal strand that centres on the director’s grandmother Noori Jan, whose death fifty years before, at the age of just 35, was, Keshavarz tells us over grainy, dissolving, digitally treated photos of grandma, “a big family secret”.

Even before we meet this ghostly Noori Jan at the start of the film, however, the director’s voice is heard informing viewers that “according to Iranian law, I’m the property of my father, and when I get married, I’ll be the property of my husband”. Footage of November 1978 protests against the Shah’s regime, in which women played a prominent role, reminds of just how egalitarian those days now seem to many. Fast forward to 2016, when these women first came together, and the descendants of those euphoric sisters in their Western clothes are now back in the Dark Ages again, with the Islamic regime having dismantled many of the hard-won women’s rights conceded by the Shah between 1962 and 1978.

One of those backward steps, from these battling feminists’ point of view, was the 1979 law that introduced compulsory wearing of the hijab, and the understated finesse of Keshavarz’s film is the way it depicts how the headscarf, thrown across the head or tightly tucked, becomes a barometer of oppression and the external patriarchal threat. Late on, in a scene set in a private apartment where women are preparing flyers and posters for a demonstration, it come as a joyful shock when we realise that for the first time, in this safe haven, there’s not a hijab in sight.

Among the activists are a feisty activist who is briefly imprisoned during a November 2018 demonstration outside parliament, and psychologist who is forced to disguise her domestic violence seminars as ‘tailoring workshops’ when she travels to far-flung provinces.

When, in the western town of Mariwan, the psychologist talks about her own difficulties in securing a divorce from her abusive husband, a local woman asks: “If it was so difficult for you, how are we supposed to manage?” She can’t quite find a good answer, because there isn’t one – and while Keshavarz isn’t afraid to show that the admirable sorority at the heart of her film consists almost entirely of well-educated urban Iranian women, she spends a little too much time in that comfort zone. The Mariwan seminar, with its remarkably articulate local women discussing the way their husbands and fathers manipulate and control them, is one of the film’s highlights, because by playing the class card it suddenly makes the whole issue more rich and difficult – while celebrating the fact that Iranian women can and do make their voices heard, despite everything.