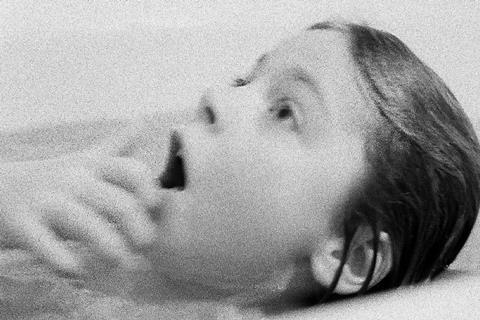 The night unlocks the stories of Berlin. Those people still awake in the small hours are more ready to unburden themselves to a stranger. This delicate, mosaic documentary takes as its theme “breath” and asks its subjects, all filmed at night, to share a moment when they, for whatever reason, held their breath. Breathing is such a fundamental component of the lifeforce that it’s perhaps unsurprising that many of the stories deal with the proximity of death. But there are others too: rare moments of joy and metaphysical transport, all woven together into an enveloping quilt of a movie.

This is the third film in the ‘Berlin Chants’ trilogy, created over a twenty year period by Uli M. Schueppel. The films deal with the themes of “space, time and body.” The first, The Place, premiered at the Berlinale in 1998, and showed in both festivals and art institutions like MOMA and the ICA; the second, The Day, showed in Rotterdam among others. The Breath seems likely to follow a similar trajectory of festival exposure and gallery interest. The verse structure means that the film could exist almost as comfortably in an exhibition space as it does in a cinema.

Shot in high contrast black and white, the film emphasises the crystalline light of the city at night. Fans of grainy, desolate shots of urban sprawl will be well served: Cornelius Plache’s lens is particularly adept at capturing moments of fleeting beauty in the grimy gloom. The lit windows of a train string through the darkness like pearls; an elegantly composed shot captures a lone swimmer churning through the glowing water of a pool.

The camera sidles around the subject of each story, which is heard in voiceover. We see the backs of heads, dancing figures, people absorbed by their work tasks. Occasionally, they make direct eye contact with the camera – a potent device which is not overused. More questionable is the decision to leave some of the stories open-ended. A woman describes a panicked dash from hospital to hospital after her youngest child ingested a poisonous mushroom. But we don’t learn whether the child survived.

The open-ended approach is more successful in other stories: the recollections of a sex worker of the conflicting emotions she felt before her first encounter are all the more intriguing because we don’t learn how the meeting played out.

The stories which scar themselves most permanently into our memories tend to be the ones dealing with fear and violence. And so it goes here. A sobering tale of domestic violence is told by the perpetrator, who describes, in measured tones, noticing the look of terror in his partner’s face even as he continued to attack her. A man recalls, in harrowing detail, being nearby the terror attack on Berlin’s Christmas market. But while the tales of joy don’t declaim themselves quite so dramatically, they are a potent and necessary balance. One man’s account of the physical response he felt to love at first sight sounds worryingly like the symptoms of a stroke. A woman from Siberia describes the transcendental experience of seeing the ocean for the first time. And the film ends with hope and a story of near death and rebirth.

Throughout the film, an ambient score ebbs and flows; the sound of breathing intermittently breaks through into a subtly textured sound mix.