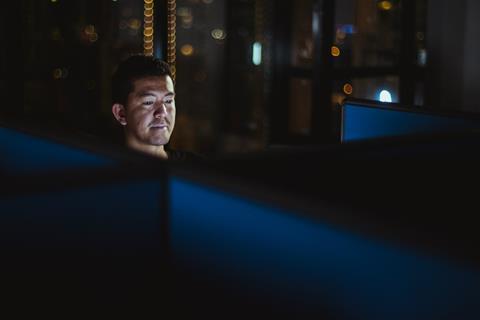 The influence of social media is more pervasive and pernicious than anything George Orwell could have imagined. The Cleaners offers an intelligent, thought-provoking insight into the global impact of the major social media companies through the testimony of five content moderators responsible for monitoring what is considered legal, decent and acceptable. It is the starting point for a wide-ranging examination of complex issues surrounding freedom of speech, censorship and corporate responsibility.

The directors are careful to keep the debate open and balanced

A timely film, capable of sparking vigorous debate, The Cleaners should secure multiple likes, comments and desires to share following its World Cinema Documentary competition berth at Sundance. Populated by a well balanced selection of interview subjects from former Google policy maker Nicole Wong to right-wing activist Sabo it admirably measured but unafraid to show disturbing content, or ask some searching questions. Serious-minded, accessible and compelling, it should attract the audience that has eagerly embraced the content and provocation in documentaries like Fahrenheit 9/11 and An Inconvenient Truth.

Directors Hans Block and Moritz Riesewieck set the scene with a series of sobering facts; every minute of every day 500 hours of footage are uploaded on YouTube, 450,000 tweets are unleashed on Twitter and 2.5 million posts are made on Facebook. We are reminded that Facebook co-founder Mark Zuckerberg promised a platform with the power “to share anything with anyone”. Time has proved that naive ambition to be fraught with difficulties.

The task of policing the systems falls to anonymous content moderators who pass judgements on what should be allowed or deleted. Interviews conducted in the business district of Manila allow five content moderators to emerge from the shadows and discuss their role. We learn that there is a daily target of watching 25,000 images. We gain a sense of the impact of their work; one woman confesses that she never knew what a butt plug was before starting the job, one man mentions the number of beheadings he has been obliged to watch.

Personal experiences beg the question of what shapes the decisions of these people, and how they can possibly hope to be impartial or escape from the influence of their religious or political beliefs.

The directors progress to the bigger picture of what is acceptable and who decides. They are careful to keep the debate open and balanced. Few would argue with the need to monitor images of child abuse, violence or cyber bullying, but nothing is clear cut. The point is illustrated in the case of Los Angeles artist Illma Gore, whose painting Make America Great Again featured a naked Donald Trump with a tiny penis. It was a work of art and a global sensation. A content monitor decides to delete the image as it “degrades Donald Trump’s personality”. Gore’s Facebook account was subsequently shut down.

The concerns multiply as the issues become even more political. Social media companies are seen to collude with countries in banning access to material that is critical of the government. It is a question raised in connection to Syria, Turkey, the Philippines and the plight of the Rohingya in Myanmar.

Is it possible that unregulated social media services actually provide a platform for hate and amplify division? On the basis of The Cleaners, it feels as if a Frankenstein’s monster has been created and is now out of control.