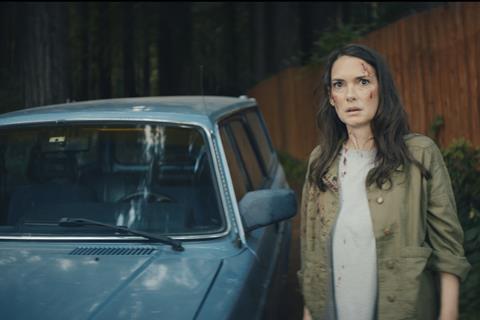 A middle-aged horticulturist grappling with the fact that she is not getting any younger confronts something potentially even more horrifying in The Cow, a clever genre piece that keeps the audience guessing — only to have the revelations ultimately prove unsatisfying. Winona Ryder is excellent as the ageing heroine whose younger boyfriend seemingly ghosts her, leading to a mystery concerning exactly what happened to him. First-time feature director Eli Horowitz toys with the chronology of his story, flashing backwards and forwards in time and teasing us with possibilities. But despite some resonant themes, this playful thriller grows increasingly implausible, relying on twists that neither shock nor deepen the film’s exploration of unhappiness and regret.

The mixed success of Horowitz’s ambitious tonal shifts suggests an up-and-coming filmmaker whose bold ideas are — at this point, anyway — outpacing his execution.

Premiering at South by Southwest, The Cow will garner interest thanks to its cast, with Ryder starring alongside Dermot Mulroney and John Gallagher Jr. Further festival engagement seems likely, and the film should be an attractive proposition for both the big and small screen.

As The Cow begins, Kath (Ryder) has driven with her hipster-y boyfriend Max (Gallagher Jr.) to a rustic cabin in the middle of the woods. They’ve rented the place for a weekend getaway, but they discover that another couple — Al (Owen Teague) and Greta (Brianne Tju) — is already there. Hoping to make the best of this accidental double-booking, they all agree to spend the night in the house, with Max and Greta hitting it off. When Kath wakes up the next morning, she finds only a bereft Al, who informs her that Max and Greta hooked up and left.

About a week later, Kath is back home in Oakland, still wondering why Max abandoned her and wanting to confront Greta about the betrayal. Impulsively, she makes contact with the owner of the cabin, a melancholy entrepreneur named Barlow (Mulroney), the two of them forming a bond as they track down these new lovers.

From there, Horowitz (who also cowrote the screenplay) begins to fill in the blanks, showing us brief snippets from before and after the cabin rendezvous that shed light on important plot details we were not privy to. Simultaneously, The Cow follows along as Kath and Barlow hunt for Greta while getting to know one another. Moody cinematography from David Bolen and a spooky score from David Baldwin cue audiences to wonder if something insidious has transpired, and in the early reels of The Cow, there is pleasure in trying to put together the puzzle pieces that Horowitz lays out.

Ryder shines as the insecure Kath, and a crucial moment early in the film involves her simply looking at her reflection in the rearview mirror of the car, the character silently examining (and lamenting) every wrinkle on her face. It is an important hint about where The Cow is going thematically, presenting Kath as someone who feels she has little to show for her life: she is divorced, and her newish relationship with the immature Max seems destined to flame out soon. (For one thing, he loves kidding Kath about her lack of risk-taking, which only exacerbates her fear that she is getting old.)

Unsettlingly monotone delivery from Teague heightens the slow hum of anxiety in the film, but Tju is especially effective adding a layer of flirty menace to Greta: does she want to simply steal Max from Kath, or is she after more? It is little wonder that Kath finds comfort in the older Barlow, who like her has dealt with disappointment and the challenges of ageing. Mulroney infuses Barlow with such a kind spirit that viewers may suspect that he is too good to be true — a metaphor, perhaps, for how women can find it difficult to trust men after being hurt so many times.

Unfortunately, it becomes fairly obvious what has occurred long before The Cow arrives at its third-act surprise. Horowitz knowingly pushes the plot beyond absurdity in order to make his points about the terror of feeling old, and while Ryder commits fully, the characters grow cartoonish as the narrative moves into a more genre-y direction.

As a result, The Cow may appeal more to those who can appreciate the cheeky preposterousness that eventually envelopes the story. And yet, the mixed success of ambitious tonal shifts suggests an up-and-coming filmmaker whose bold ideas are — at this point, anyway — outpacing his execution. The good news for Horowitz is that, unlike some of the characters in The Cow, he has plenty of time ahead of him.