‘The Crime Of The Century’: TV Review 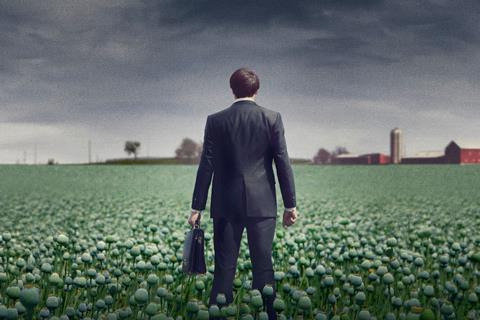 ‘The Crime Of The Century’

Alex Gibney is a fearless documentarian, and a skilled presenter and distiller of both fact and argument. He has met his match in America’s opioid crisis, an – ongoing – man-made plague which is such a revolting indictment of human behaviour it almost overwhelms the viewer. Corralling a two-decade stain on the soul of America into a comprehensive and comprehensible four-hour piece has required all Gibney’s talents, particularly the fearlessness: this an attacking film, as well as a story of societal sickness.

Although it’s laden with facts and figures, The Crime Of The Century cuts through to the heart of the crisis in a very clear, direct manner to prosecute a queasily compelling case. All manner of life populates Gibney’s story of greed, sleaze and the dissolution of the American Dream: with its close-up, bullish interrogation, it never gives the viewer a chance to disconnect from what a half-million deaths look like, or who caused them. Some footage is new and some facts are known, but The Crime Of The Century is the ultimate case for the prosecution – of the Sackler family, big pharma, and, ultimately, America’s lawmakers.

Airing on HBO in two parts on May 10 and 11, Gibney’s film was put together with the help of The Washington Post, which has led on reporting the crisis, and its reporters Scott Higham and Sari Horwitz. Unlike similar documentaries which cut to the newsroom, they hardly dominate the piece, though: it’s hard to stand out amongst the parade of charlatans and cheats onscreen. When Rudy Guiliani makes an appearance, it only seems like a natural conclusion, and comes as a prelude to a cosplay dancing opoid tablet. The families of the dead and those whose lives have been blighted by addiction will find this hard to bear: others can only draw their breath in shock and shame if they make it through to the end, which doesn’t feel like an ending at all.

You know you’re in for a film which is going to rely heavily on facts when the very opening sequence takes you through the history of heroin – from King Tut, to laudanum, to the British East India Company, landing the viewer into a current day where Mexican drug cartels have cashed in on the abuse of prescription drugs. The Crime of the Century tracks back again to the Brooklyn immigrant Sackler family and their purchase of Purdue as a medical marketing company. Painstakingly, Gibney looks at the development of Oxycodone (“heroin in a pill”) and the development of the sustained release Oxycontin, initially prescribed as end-of-life treatment.

Gibney takes his time, as there are elements the viewer must understand: the fatal weakness of the FDA (the Federal Drug Administration programme), which worked hand-in-hand with Purdue; the re-marketing of pain as a fifth vital sign which needed to be treated at all costs, alongside the emphatic assertion that synthetic opioid was not an addictive drug (the appalling term “pseudo addiction” was invented by the pharmaceutical companies to describe people who, in fact, became addicted). By the late 90s, studies were already indicating that it was being crushed, snorted, melted and injected.

Tracking through West Virginia, Kentucky, and the poorer states first blighted by poverty, unemployment and this plague of addiction (some of which tried to sue), Gibney brings the viewer through to the “natural progression” of the hyper-engineered Fentanyl, 50 times stronger than heroin, the pill mills, corrupt doctors, the Florida “pain clinic” free-for-all and the enormous cost to white, suburban, poor America of what had become a billion-dollar killing machine.

Elements including the cartel-like supply chain for America’s pharmacies help explain how the country experienced the perfect storm to come to this point. Yet by the time Gibney gets to the salesmen and women (including a former lap dancer) pushing the drug and the bribing and bullying of Congress, it’s hard to stay watching, not when DEA officials are recounting, with barely-contained rage, how their efforts were continuously stymied as more and more and more people died, most of them far too young. And the dismal circumstances of their deaths is reminiscent of the crack plague (an explanation of why the opioid crisis hasn’t hit black communities in the same way is because of the devastation which already ripped through inner-city urban communites in the 1980s due to crack).

Many viewers will already be familiar with many of the elements onscreen, but not all, and Gibney drills deep. There are depressingly few heroes here: former DEA agent Joe Rannazzisi and former DEA attorney Jonathan Novak are two of them, alongside Assistant Attorneys for Massachusetts David Lazarus, Nathaniel Yeager and Fred Wyshak. Unfortunately, the sight of Richard Sackler angrily giving his deposition in Kentucky Vs. Purdue Pharma in 2015 lingers longer, as does former VP of Sales at Insys Alec Burlakoff and former Insys regional sales manager Sunrise Lee (the aforementioned lap dancer) describing the sell-sell-sell of the synthetic opoid Subsys (100 times more powerful than morphine). It’s as if Scarface met the Wolf of Wall Street in an explosion of naked greed and death, but the only consequence in his real-life nightmare is a litany of fines which seem impressive on paper but the pharmaceutical companies can easily afford to shrug off.

A documentary which screened in March at SXSW called The Oxy Kings has similarly interviewed a drug dealer about the business the “Oxy Highway” delivered from Florida for the middle men, and the role of Big Pharma in creating it. Gibney’s powerful film seems to herald a final reckoning, More than a half-million deaths in a completely man-made crisis which comes down to greed and money make it necessary to bear witness, and if the four hours of Gibney’s film suggest one thing, it’s to never forget. Which will be easier to do when institutions such as the British Museum, the Tate Modern, the V&A, and the National Gallery, finally drop the Sackler name from their prestigious sites. And that’s just the UK.