'The Curse Of La Llorona': Review 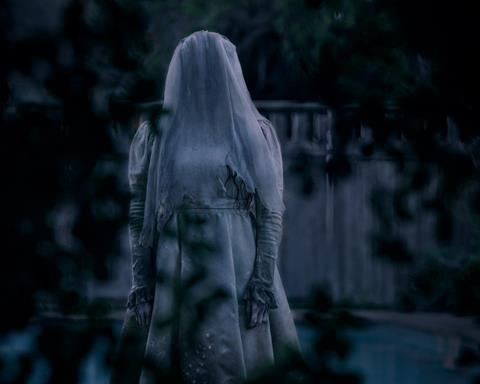 The Curse Of La Llorona

Spooky bathtubs, flickering flashlights, old wooden crosses perfect for dispensing with nasty spirits: The Curse Of La Llorona is haunted by a reliance on musty horror tropes. This competent but derivative exorcism film feels like multiplex filler for undemanding audiences who will happily sample any new addition to the Conjuring cinematic universe. Linda Cardellini brings a little gravitas to her role as a widowed single mother trying to protect her children from a prickly poltergeist, but Michael Chaves’ feature debut is a medley of jump scares and ominous incantations in search of a reason for being.

Though not exactly cursed, this film seems fated to be utterly forgotten

Releasing across multiple territories this week — hitting UK theatres on May 3 — La Llorona will hope to follow in the footsteps of the Conjuring movies ($640 million worldwide), the Annabelle series ($564 million) and last year’s The Nun ($366 million) in terms of being a low-budget horror which generates profits. The film’s tangential connection to those movies will help draw audiences, and a largely Latino cast might attract an under-represented demographic. But for Warner Bros, the true terror is that Avengers: Endgame will be arriving soon.

Set in Los Angeles in 1973, the film stars Cardellini as Anna Tate-Garcia, a social worker who has been raising children Chris (Roman Christou) and Samantha (Jaynee-Lynne Kinchen) by herself after her policeman husband was killed in the line of duty. While trying to help a troubled single mother, Patricia (Patricia Velasquez), whom she believes is abusing her sons, Anna unsuspectingly sets free an ancient Latin American malevolent spirit, known as La Llorona (Marisol Ramirez), who wanders the earth snatching defenceless children.

More than anything else, La Llorona plays like a practice run for Chaves before he takes the reins of a high-profile horror film (The Conjuring 3, due out next year). The movie takes very few chances, hits all the expected plot points and delivers familiar scares with dutiful efficiency. Chaves and cinematographer Michael Burgess lend the material ample amounts of dank atmosphere, but La Llorona fails to creep under our skin.

Mikki Daughtry and Tobias Iaconis’ screenplay gestures toward potentially interesting themes — the plight of single mothers, the trauma of losing a parent as a child — but those unformed ideas tend to get buried under cheap shocks and lazy plotting. (As a rule, just about everyone in La Llorona will do the wrong thing at the most convenient moment in order to escalate the stakes.)

Cardellini conveys the appropriate weariness of a woman whose job it is to safeguard children — although she will soon learn that she can’t help those in her care or even her own offspring while confronting this supernatural terror. But the character’s idiotic choices, paired with Chris and Samantha’s equally stupid decisions, make her hard to root for. And when Breaking Bad/Better Call Saul actor Raymond Cruz appears on the scene, playing a former man of the cloth who alone can ward off La Llorona, it sets the stage for more questionable character motivations, as well as paving the way for de rigueur over-the-top exorcism scenes.

In one form or another, you’ve seen The Curse Of La Llorona many times before. Of course, that was part of the immense pleasure of 2013’s The Conjuring, which paid homage to horror movies of old while infusing them with fresh ideas. It’s probably best not to ruin the very mild surprise of how this new film connects to the Conjuring universe, but what can be revealed is that, merely six years after the James Wan original, the franchise is running the risk of diluting a winning formula by falling back on horror clichés and stock scare tactics. Though not exactly cursed, this film seems fated to be utterly forgotten.